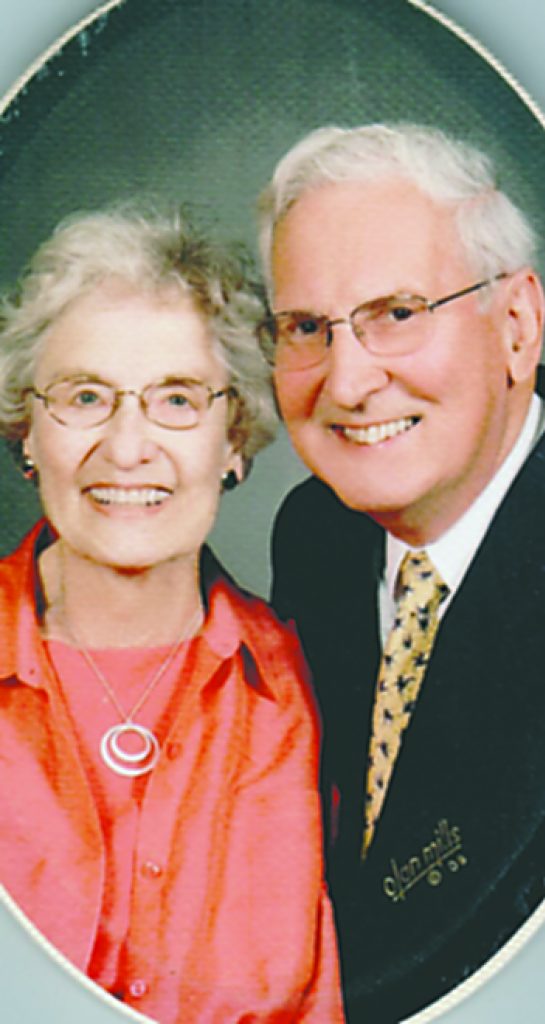 70th Wedding Anniversary Marjorie and Erwin Mueller will celebrate their 70th wedding anniversary on September 24th. Erwin and his wife, the former Marjorie Densow, were married on September 24, 1949 at St. Paul’s Lutheran Church in Algoma, Wisconsin. After serving in the Korean War, Erwin worked for the U.S. Government as a United States Postal Inspector before retiring. He then worked as the investigator for the Prosecutor’s Office. Marjorie worked as a Laboratory Technologist at Mennonite Hospital, Bloomington, Illinois before taking time to raise their three daughters. She later worked for the Director of Development for Concordia Lutheran High School before retiring. They have three children; Jane (Robert) Dannhausen, Jennifer (Michael) Aspy, and Jill Hawley and three grandchildren; Chris Dannhausen, Madeline Aspy, and Sydney Hawley. Marjorie and Erwin enjoyed cruising in the Cariibbean as well as many years of ballroom dancing throughout Indiana, Ohio, and Illinois with their friends. They will be celebrating their anniversary at the wedding of the granddaughter on September 21st in Indianapolis, Indiana.