The Best Sports Bars in Town 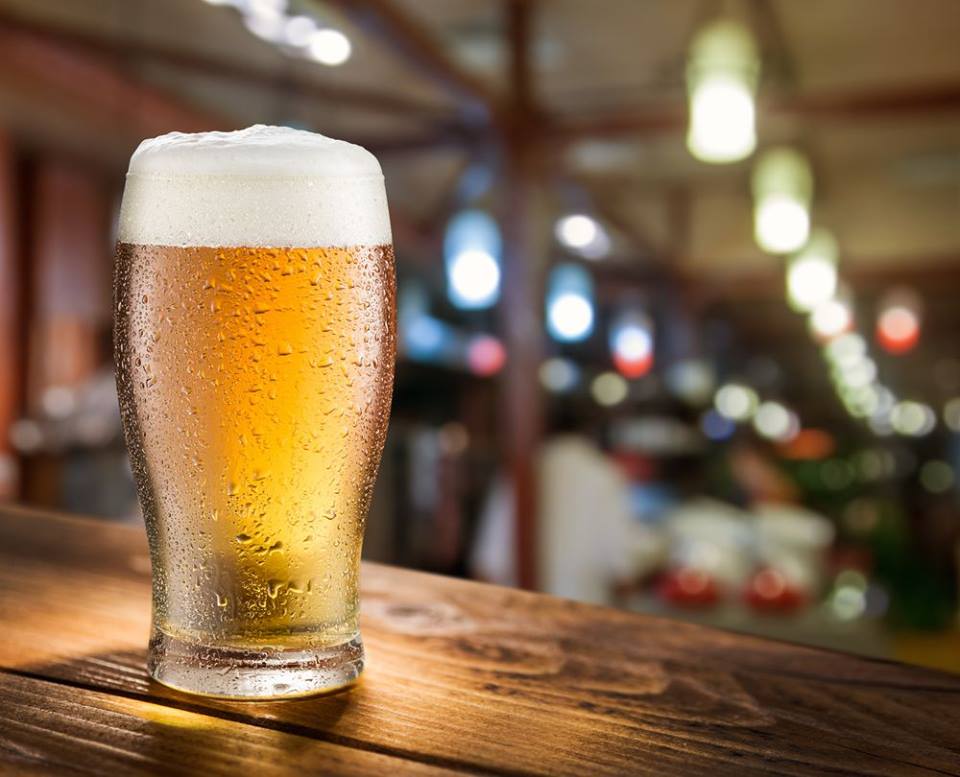 People who seek out sports bars are looking for different things. Some want a party atmosphere with like-minded fans. And some want nothing more from a game-watching experience than a sympathetic bartender or server who is willing to change the channel on a nearby screen from Fox News to ESPN.

Others judge sports bars by their beer selection. Not all that long ago, it would have been hard to find craft beer at a sports bar. These days, a sports bar threatens its continued existence if it doesn’t offer a robust and comprehensive beer selection.

Whatever your criteria, here are – in no particular order -northeast Indiana’s top sports bar options.

Wings Etc. is an Indiana chain with four locations in the Fort Wayne area. But the one on Bluffton Road is getting all the buzz right now. The south side of Fort Wayne has been traditionally underserved by the flashy amenities that make downtown Fort Wayne, southwestern Fort Wayne and the Dupont Road area so appealing. So when this sports bar opened in the Waynedale neighborhood, residents rejoiced. The Waynedale Wings Etc. has both a large common area and grottos: the best of all worlds.  Wings Etc.’s Wall Sauce (as in Wall-Of-Fame sauce) is complex. It has layers and levels. It has heat and flavor. Many hot sauce makers forgo the latter while ramping up the former.  6247 Bluffton Road, 260.447.9464, wingsetc.com

Mitchell’s Sports Bar & Grill used to be a popular spot on the city’s north side until it burned down in 2013. Owner Todd Smith reconstructed it in Westland Mall, on the southern corner of West Jefferson Boulevard and Getz Road. There are a couple of things that make the new Mitchell’s distinctive. One is its cozy, cosmopolitan and TV-lined patio where you can enjoy the night air without missing a second of court, ice or goal line action. Another is its open-air game room where one can play pool and foosball without being estranged from summer breezes. Distinctive menu items include poutine, portabella fries and crab ravioli. Breakfast is served on the weekends. On Sundays, Mitchell’s offers a Bloody Mary Bar with such enhancements as bacon, shrimp and dozens of seasonings and sauces. 6179 W. Jefferson Boulevard, 260.387.5063, mitchellsfw.com

Scotty’s Brewhouse is a regional chain with 16 Midwestern locations. The chain’s founder, Scotty Wise, looked at opening a restaurant downtown in the Harrison as part of the Parkview Field baseball complex but opted for a West Jefferson Boulevard locale instead.  Scotty’s is known for its atmosphere and its food. The décor combines urbanity with cage accents reminiscent of sports complexes. Call it Cage Chic. Popular menu items include soft pretzel sticks with queso dipping sauce and fried dill pickle chips. The Scotty’s Brewhouse patio overlooks the romantically named Flaugh Ditch. Put its name out of your mind. What it looks like, especially during rainy months, is a lovely creek. 6282 W Jefferson Boulevard, 260.918.0346, scottysbrewhouse.com

One of Fort Wayne’s oldest sports bars has evolved into a dependable neighborhood hangout. Chevvy’s Pizza and Sports Bar is renowned for its Karaoke nights and (it almost goes without saying) its pizza. Specialty pizzas include Philly cheesesteak, chicken club and bacon double cheeseburger. The dessert menu features that summer carnival staple, the Elephant Ear. When the weather turns frigid, it’s awfully nice to be able to walk into a place and get an elephant ear.  The establishment features multiple screens in the main room, but it also offers two TV-watching grottos for folks who want to get cozy. 3740 W Jefferson Boulevard, 260.436.4748, chevvys.com

Champions Restaurant & Sports Bar opened in 2010 as part of downtown’s Courtyard By Marriott. Champions is a venerable chain closely associated with the Marriott hotel brand. Its proximity to the ballpark, the Embassy Theatre, the Grand Wayne Convention Center and of course the Courtyard hotel’s guest rooms makes for an eclectic mix of patrons.

Popular menu items include the chicken and waffles (a dish that is a relatively recent addition to Fort Wayne’s cuisine scene), blackened fish tacos and the flaming banana dessert.

Champion’s caters both to revelers and to the more introverted type of sports fan. There are plenty of TVs in the main room, of course, but there are also secluded booths in the back (each with its own TV, mounted in the manner of a diner booth jukebox). 1150 South Harrison Street, 260.467.1638, championsfortwayne.com

Is it a sports bar or an Irish pub? A little of both with a nod in the direction of the sports bar. O’Reilly’s Irish Bar & Restaurant is a big, jolly establishment with one of the more distinctive patios in Fort Wayne: It overlooks Parkview Field, and bar patrons can catch glimpses of the action when the TinCaps are in town. O’Reilly’s most closely resembles a beloved college town hangout. It has many monitors and a comfortable pool table area with couches. The menu features a mix of American and Irish pub favorites: bangers and mash, Buffalo chicken dip, Guinness beef stew and burgers. Devotees praise two of the bar’s unique desserts: Stella’s Irish Whiskey Bread Pudding (topped with 2 Gingers Irish Whiskey cream) and the Irish Car Bomb Cake (Guinness chocolate stout cake, Irish whiskey filling and Bailey’s butter cream frosting). 301 W. Jefferson Boulevard, 260.267.9679, oreillysirishbar.com

Even though the shape of the old piano bar is discernable, the bright and cheerful Duesy’s seems a vast improvement. Duesy’s does things its own way: It smokes its own meats, makes its own potato chips and creates its own chopped meat blends for burgers. It offers a gourmet burger of the month and a couple of gourmet staples: The Candied Bacon Bison Burger and the Custom Blend Burger, which features a mix of different cuts of beef. Duesy’s has no shortage of TVs, but it also has a stage on which live music and comedy are featured, although usually not at the same time. 305 E. Washington Center Road, 260.483.5681

Dupont Bar & Grill boasts a couple of unique characteristics including a full-sized stage on which full-sized bands perform on the weekends. Dupont is also, as a sign outside proclaims, the Home of the Megatron. The Megatron is a TV screen in the 85- to 90-inch range. A screen like this can bring you close to the action and a little too close, perhaps, to the beefy faces of the Fox NFL Sunday hosts. Highlights from the menu include prime rib and prime rib-related nosh (sandwiches and grinders). Dupont also offers Fried Wisconsin Cheese Curds, a fair and festival delicacy that can be hard to find between September and May. Perhaps the most distinctive thing about Dupont is something that might cause consternation in certain Hoosier citizens. Because it is just outside the city limits, patrons are allowed to smoke inside the establishment. For people who don’t want to step outside to use their tobacco, Dupont provides respite and haven from the city’s smoking ordinance. 10336 N. Clinton Street, 260.483.1311

Venturing ever-so-slightly out of Fort Wayne proper to visit a pub so popular that it regularly draws people from the Summit City and from nearby Ohio.

Buffalo Wild Wings is a 35-year-old international restaurant chain with three locations in Fort Wayne. It was founded to showcase the unique cuisine of western New York, but the founders actually lived in the Buckeye state. The name of the restaurant originally referenced “weck,” a kimmelweck roll used to create distinctive roast beef sandwiches. But since nobody outside of Buffalo knows what weck means, that reference (not to mention, that sandwich) was eventually expunged.

What Buffalo Wild Wings is known for these days is wings, of course. But not just the ones in the vinegar-and-cayenne sauce that made it famous. Buffalo Wild Wings offers 22 different sauces and seasonings that can be applied to most of its menu items.

Buffalo Wild Wings is designed for communal sports watching. The two large spaces at the Coventry Lane location – family side and saloon side – are set up like a TV-lined arena. Everywhere you look, there is a TV monitor of one size or another. Buffalo Wild Wings isn’t really a place to go if you crave a cozy and (relatively) quiet sports-watching experience. But if what you want is the sort of camaraderie that makes you feel like you’re in the bleachers, Buffalo Wild Wings is the place. 1425 W. Dupont Road, 260.490.6556; 5519 Coventry Lane, 260.459.3407; and 10524 Maysville Road, 260.486.9464, buffalowildwings.com

Wrigley Field Bar & Grill is a very much beloved neighborhood bar, and it’s one that provides many screens for sports watching. One of the most popular menu items at Wrigley Field (named for the home of the Chicago Cubs) is grilled wings prepared in more than a dozen ways, including citrus chipotle and honey sriracha. On Friday evenings, Wrigley Field offers one of the more distinctive buffets in town featuring chicken wings and fish. It has a large main room, two sizeable side rooms, plenty of TVs, three pool tables, karaoke and DJ nights. It is also known for offering viewing of some of the more obscure games. 6527 E. State Boulevard, 260.485.1038, wrigleyfieldbarandgrill.com

Alley Sports Bar & Grill is part of the Pro Bowl West complex, which includes 56 lanes of bowling and a ’50s style diner. The Alley allows a parent to slip away from other family members tallying the strikes and spares and enjoy a beer and a game on one of the Alley’s many screens. The Alley also has live music on weekends. On Sundays, the Alley is the gathering place of the Fort Wayne Brown Backers a contingent of Hoosier Cleveland Browns fans. Given the team’s poor fortunes in recent years (decades), these are doubtless some of the bravest men and women Fort Wayne has to offer. 1455 Goshen Road, 260.483.4421

Not a sports bar, per se, Granite City Food and Brewery is still a great place to watch a game. It is a mostly Midwestern chain that got its start in St. Cloud, Minnesota, in 1999. It’s not a place to go if you are seeking a raucous atmosphere. It is the place to go if you want something more subdued, more urbane and more ambitious in its cuisine offerings. Notable menu items include the pulled pork waffle sandwich and the stout-braised short rib and portabella flatbread. Prep for Sunday’s games with its popular Sunday Brunch (and while you are at it, check out the mango, raspberry and blueberry mimosas). Granite City isn’t overwhelmed with TVs, but there is always one near wherever you are sitting. 3809 Coldwater Road, 260.471.3030, gcfb.com

Ask area citizens where one can find the best chicken wings in Fort Wayne and, more often than not, they will say the Tower Bar & Grill. The Tower doesn’t even brag about them; it just serves them up, letting the wings speak for themselves. The Tower is among the cozier establishments. It is not glutted with TVs but there are more than enough to handle Sunday’s biggest games. The loaded fries, which resemble poutine without the French pretention, are a crowd pleaser, as is the pot roast burrito. 2403 W. State Boulevard, 260.436.6310 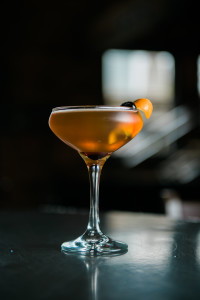 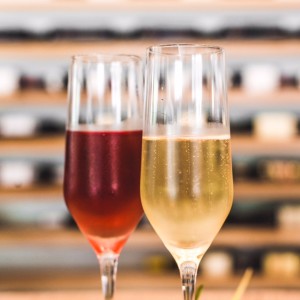