And a future for golf 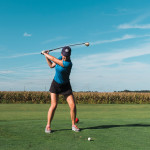 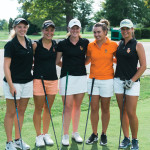 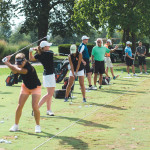 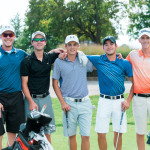 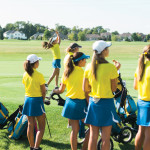 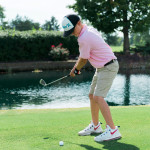 Braxton Bermes, who is in elementary school, takes a shot at Coyote Creek. photography by Dustin McKibben

Go to any random golf course this season and be prepared.

There may be little voices with little hands swinging little clubs. Or maybe even big clubs. Short (as in height) golfers may be trucking around the greens, laughing or giggling and having fun and may be not totally attuned to the strict rules of the “game of kings.”

But they are probably learning.

And they are likely the future of the sport.

For nearly 15 years, golf as a whole has been struggling in this country.

Equipment can be expensive, and the sport can be time consuming. Gratification is far from instant. The recession in 2008 did no favors and led to the closure of courses across the nation. The fall of its most popular and one of its most iconic players in Tiger Woods didn’t help, either.

Those numbers have set off plenty of alarm bells for golf officials and ambassadors, who are now attempting to rejuvenate the game by looking at the long term – the long, long, long term – and bolstering programs aimed at kids.

That includes the implementation of the PGA Junior League Golf program, which is aimed at kids between the ages of 7 and 13 and designed to have teams compete against other teams to alleviate stress from the normal stroke-play competition.

The results have seen kid golfers in Indiana grow from about 650 a few years ago to more than 1,300 this past year, according to the Indiana Golf Association. National numbers are also up, according to the PGA Junior League, with 36,000 kids playing golf in the program nationwide compared to 9,000 in 2013.

Fort Wayne and the surrounding area have several golf programs aimed at kids and young adults.

It’s hard to tell how much of an impact such programs are having here in Fort Wayne, but golf pros are seeing a bit of a renaissance when it comes to young ones picking up the game.

“We’re getting a ton of little kids,” said Gary Gant, a PGA Professional at Chestnut Hills. “They’re anywhere from 4 or 5, and then you get groups of junior high kids running around.”

There is also a push to introduce golf through physical education classes at schools all over Indiana – 10,000 have been reached so far, according to the Indiana Golf Association – as well as Boys and Girls Clubs throughout the Hoosier state.

When she entered junior golf as a kid in Traverse City, Michigan, Courtney Dye, Fort Wayne’s current women’s city champion, profiled elsewhere in this issue, was one of six girls in the program.

That number dwindled as the years went by. One girl would leave. Then another. Then Dye alone remained from the group of girls she came in with, the only one who readied herself to go and play at the collegiate level.

“The thing is, exposure is a huge thing,” said Dye, who graduated from college this year. “I think exposure, just having a program in your city and going to the schools and introducing the sport to kids is a big thing.”

While Dye grew up with a father who fostered her enjoyment in golf – he acted as her caddie in her city championship win – she says it would help with the more youthful players to see it in school from time to time, to be presented as another option.

“In elementary school, you see basketball or track or volleyball or whatever. You don’t get the option to play golf,” Dye said. “A lot of kids might just play basketball, and that’s what they’re going to do because they never got exposed to golf.”

Gant said the pop in kid golfers in our area may come from parents, and he encourages parents to get their kids out as early as possible if they want to pick up the game. The ways many teach now include using plastic clubs and balls, and the focus is much more on fun than on the score.

“It’s like riding a bike,” Gant said. “The older you get – you start late, it’s really hard. If you start early, it doesn’t take much at all to get going. And let them come out and have fun. Make sure they’re having fun.”

“You don’t go out there and say no to this or no to that,” he continued, noting the strict rules of adult golf. “You don’t come out and get frustrated. Let them come out, hit some balls and have fun.”

And even if the numbers don’t yet show it – yet – there seems to be some anecdotal evidence that even the millennials are coming back to the game.

With young golfers like Jordan Spieth, Rory McIlroy and Dustin Johnson becoming the new faces of the game, PGA officials have seen traffic to the organization’s website and social media accounts skyrocket, according to CNBC.

In 2015, millennials made up 28 percent of total golfers, with 6.5 million playing 100 rounds in the year, PGA officials said in the article.

“We actually have had a spike in our membership in the 23- to 40-year-old group, especially the mid- to late-20s set,” said Billy Blumenherst, a PGA professional at the private club Coyote Creek.

The key to Coyote Creek’s success, Blumenherst theorized, is that people are competitive and quick – two things the millennial generation is attuned to. “You can play here in four hours or less,” he said. “People know to keep it moving. At public facilities, it’s different people every week.”

Blumenherst called golf the game for a lifetime, saying people can play it well into their 80s or 90s.

While getting kids into the game might be tough when compared to the fast action of football and basketball, there are groups doing it, getting young people like Dye and others to embrace a game that has seen a dip in such youth.

But one in which the death knell is far from sounded. 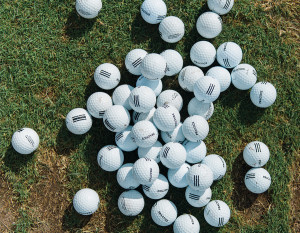 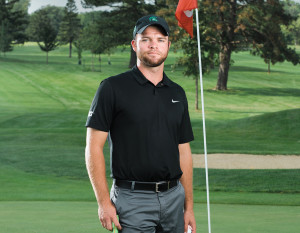 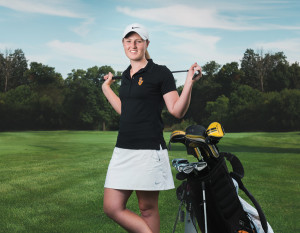