“The times they are a-changin’.”

Everything we know about higher education is changing. Americans believe in the importance of knowledge and learning and see it as the gateway to good jobs and a prosperous life.

But, today colleges and universities are facing a particular set of challenges: the rising cost of education balanced against the benefit of a college degree; the declining completion rates; the need for teaching methods that move away from the old-fashioned model of lectures toward interactive and self-guided approaches; and the realization that the modern learner is beyond the traditional (18-22 years old) and nontraditional (everyone else) and the needs of niche sets of learners like working adults.

This is all then layered over the changing belief that a liberal arts education is not necessarily the best way to prepare students with the core cognitive skills that produce career success. Over the past several decades there has been a significant exodus from liberal arts into pre-professional programs (business, healthcare, education, technology) .

When standing on the precipice of higher education, what is a university chancellor or college president to do?

They need to be mindful of the changing terrain, strategic in their approach and flexible to pivot when necessary. But ultimately, they need to be enterprising educators.

And there is no doubt that Dr. Sherilyn Emberton, the president of Huntington University and WGU Indiana’s Chancellor Alison Bell are high-caliber leaders who are prepared to see the precipice not as a steep cliff, but rather as a mountain to be conquered. 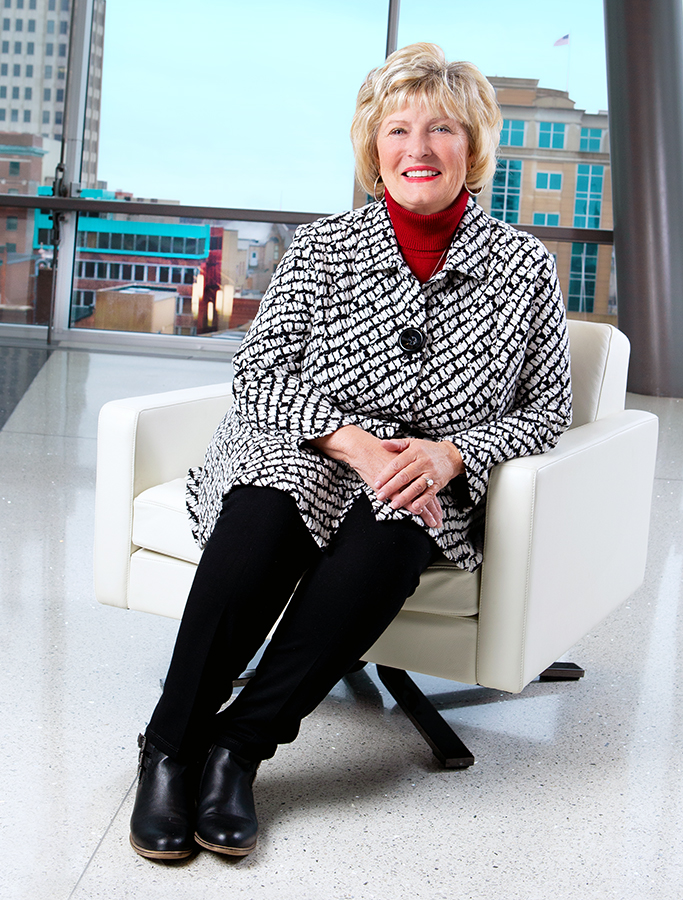 For the past seven years, Dr. Sherilyn Emberton has been leading Huntington University, a comprehensive Christian non-profit liberal arts college, through explosive growth in its enrollment, degree program offerings and expansion of its footprint beyond Huntington, Indiana. For the past six consecutive years, Huntington has experienced overall enrollment growth and 2019 was the fourth year in a row that the university shattered its previous record for enrollment.

“When I came to the institution and the more I learned, I realized that it had not taken advantage of all of its growth opportunities,” said Dr. Emberton. “Up until that point, the university maintained a small footprint as a residential liberal arts undergraduate university.”

And although she was going to maintain Huntington’s traditional and signature programs, she looked for expansion opportunities. “We saw our digital media arts program was very strong and we began to lay the groundwork for what was the next big opportunity for Huntington. We looked to the western part of the country where students may not have easy access to a faith-based curriculum, and it would be innovative and feasible for us to expand our footprint,” she said.

Huntington University Arizona campus came out of an economic development request-for-proposal from the City of Peoria, Arizona. Since it began in fall 2016, the enrolled student population has increased from 18 to 129 students. In the fall 2019 semester, 55 new undergraduate students started their full- or part-time study in animation, broadcast media, film production or graphic design.

“We knew we wanted to be an in area where there were growth opportunities and the demographics were in our favor,” she said.

Dr. Emberton also focused on the university’s programs and saw the recent additions to its offerings have helped contribute to its enrollment increases. As part of Huntington’s 2015 strategic plan, it incorporated a portfolio of programs to complement its liberal arts undergraduate curriculum by targeting graduate or adult learners in the health sciences, business, education and counseling. “In addition, new programs in media, agriculture, nursing and occupational therapy help to attract students to our campus and the doctoral program site in Fort Wayne,” she said.

And in October 2019, Huntington University officially announced it is in the midst of a comprehensive $40 million campaign, Step Forward. But, when Dr. Emberton announced the campaign, she had already raised $33.9 million.

“With the public launch of the Step Forward campaign, we are taking some of our biggest steps to usher in the future of Huntington University,” she said.
And Dr. Emberton continues to skillfully move Huntington University forward. In January 2020, the university received an anonymous estate grant for one million dollars.

“I never saw the limitations of the university or of northeast Indiana. I see something bigger. I want to be involved with initiatives that are making great things happen,” she said. huntington.edu 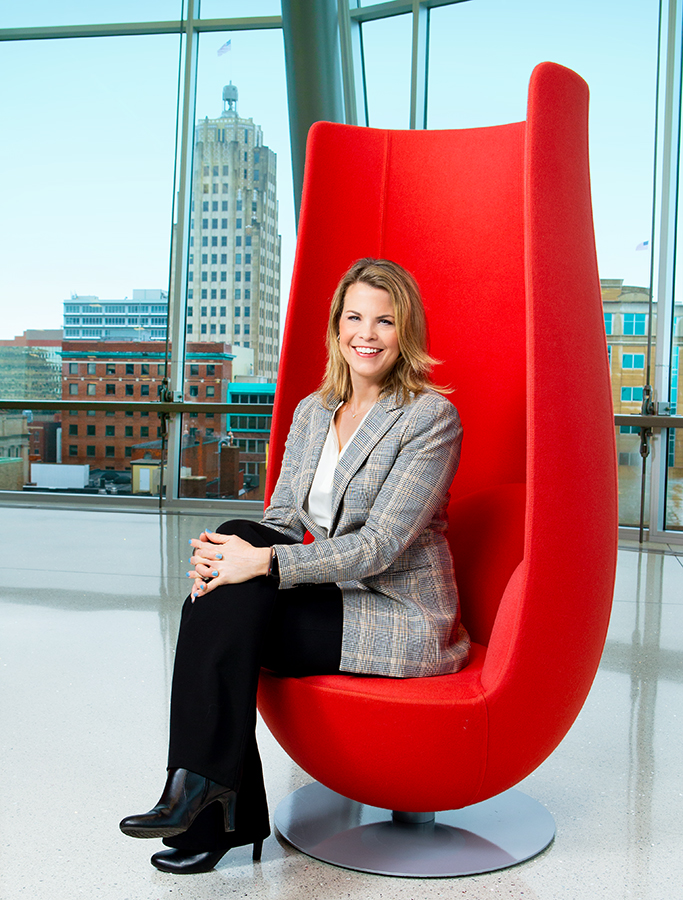 Western Governors’ Association was way ahead of the curve, when in 1997, governors from 19 western states were concerned about bringing accessible college education to working adults. It identified the need to create an online learning and competency-based alternative to traditional higher education. It wanted to create a way to meet the growing demand for a college-educated workforce.

These governors, along with leadership from academic and industry innovators built the foundation for the non-profit online-only Western Governors University (WGU). WGU recognized its sweet spot to attract students – adult learners who needed access to a flexible and affordable online learning platform that would allow them to achieve their educational and career goals.

WGU also recognized it needed to break the traditional higher education mold in other ways – offering a flat tuition of $6,500/academic year, regardless of how many courses or credit hours a student takes; provide flexible learning time that accommodates its students’ availability; create a competency-based learning model that measures learning by skills mastered rather than time; and offer an instructor model where the faculty are available to provide personalized, one-on-one learning support. Now in its third decade, WGU has students from every US state and has over 100,000 enrolled students – a 230% increase since 2011.

“This growth is particularly notable given that overall higher education enrollment has declined by over a million students since 2011 – a decline concentrated in the adult learner population,” said WGU Indiana Chancellor Alison Bell.

In 2010, former Indiana Governor Mitch Daniels, who is currently the president of Purdue University, wanted to create a state-based model for the university and WGU Indiana was launched.

WGU Indiana is a partnership between the state of Indiana and WGU with the purpose to help Hoosiers obtain a high-quality education. “We wanted to eliminate the biggest barrier to a college degree – affordability,” said Bell. Through WGU Indiana, students are not only eligible for federal but also state financial aid. “More than 70% of our students come from underrepresented student bodies – lower-socioeconomic status, minority groups, first generation college students and those in rural settings.”

WGU Indiana was the first state-endorsed online university, creating the positions for a local chancellor and local advisory board. Now, WGU has partnerships with seven other states.

WGU Indiana currently has nearly 6,000 students; it has graduated nearly 9,000 since it started 10 years ago.

“We reflect 21st century learning. I see other institutions trying to model and create what we do. We cater to the flexible learner. We know our students will see a return on their investment. Evidence shows that, on average, within a couple of years our students will increase their annual earnings by $12,000.” wgu.edu