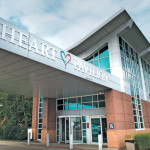 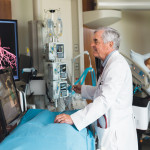 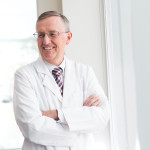 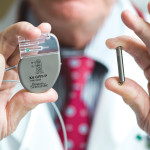 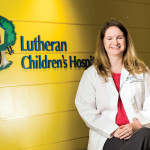 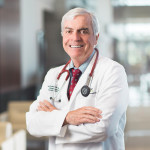 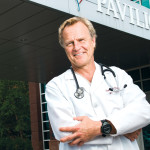 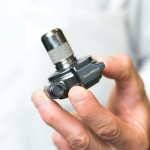 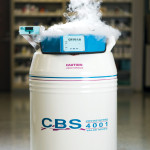 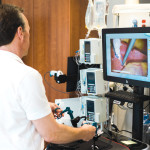 At one hospital, they’re injecting stem cells into the hearts of patients who are already receiving a life-saving implant – the idea being that those stem cells might help repair the damaged organ.

At another hospital across town, they’re looking at the effectiveness of a pacemaker which does not require the use of electrical “leads” or wires found in other pacemakers – lessening the chances of parts breaking and allowing infections to begin.

When you say Fort Wayne, Indiana, the next words out of your mouth might not always be “medical” or “research.” Those next words might have nothing to do with medical research at all, but it is happening here.

All the time, in fact.

From treatments for diseases and injuries to the study of new devices and new training methods, researchers are constantly updating how they practice medicine here in the Summit City at both Lutheran Hospital and Parkview Health.

And while officials at both hospitals said research opportunities can attract physicians to come and work in Fort Wayne, the main goal behind the gathering of data, the poring over of numbers or running test after test after test never changes.

“The major goal is to improve quality and safety of care for the patient,” says Dr. Michael Mirro, vice president at Parkview Health System and its chief academic research officer. “Everything is about the safety of the patient.”

On the desk in his office, Mirro keeps what looks at first like a small, thin metal rod no longer than an inch – something that can be held comfortably between your pointer finger and thumb.

What he’s holding is called in the medical community a “leadless pacemaker.”

For doctors like Mirro, who has spent nearly three decades in cardiology, this is an exciting development.

As well as an opportunity.

The pacemaker was approved by the Federal Drug Administration earlier this year and is designed for patients who may be at risk from complications with traditional pacemakers, Mirro said.

A traditional pacemaker is designed to monitor the heart rate in someone who has a slow heartbeat. Inserted under the skin near the collarbone or sometimes the chest, a pacemaker sends out electrical charges through wires, or “leads,” when it detects the heart slowing.

A leadless pacemaker is inserted into a patient through a vein in his or her groin and is eventually implanted inside the heart. There are no wires, so that they cannot break off or detach and cause damage or malfunction.

“The leads are the weakest part of the system,” said Mirro.

Researchers at the Mirro Center are now studying how the leadless pacemaker works with patients who receive the device and whether it will become a more viable option for those suffering from slow heartbeats in the future.

Likewise, doctors at Lutheran Hospital are studying how well a balloon catheter works in treating those with early stage breast cancer.

After a cancerous lump is removed from a patient’s breast, doctors can use this catheter to shoot a high dose of radiation directly at the tissue where the lump had been. In theory, it keeps radiation from tissue that does not need the therapy and requires only one dose.

Otherwise, someone going through the therapy would need multiple doses of radiation over four to six weeks.

“They don’t have to come back,” said Dr. Gordon Bokhart, the director of research at Lutheran Hospital.

A life-long disease that develops when the body attacks and destroys insulin-producing cells in the pancreas, many experts believe it comes about following exposure to an “environmental trigger” like a virus, according to the Centers for Disease Prevention and Control.

Most people live for years with the disease before showing any symptoms.

Dr. Lindsey B. Rauch of Lutheran Hospital is conducting research which is not only looking at how the disease develops but also at ways to prevent or delay its onset.

“It is on the rise,” she said, while noting it affects a much smaller part of the population than Type 2 diabetes. “We know who is at risk, we just don’t know how it comes about.”

She’s currently offering blood screens to certain relatives of those already with Type 1 diabetes as part of a nationwide study. If a person’s blood tests positive for specific autoantibodies, she says, the chances are good they will develop Type 1 diabetes.

Detecting the disease early, especially in children, allows researchers to find treatments that might keep the disease at bay for longer periods of time.

Rauch’s hope is that secondary studies in the near future find ways in which doctors can delay the disease from appearing or at the very least keep the disease in what’s known as “the honeymoon phase,” which is where the body still produces enough insulin for its needs.

Blood screening children in her study also gives parents a heads up on a diagnosis that might be difficult to hear – plus save them a trip to hospitals in bigger cities where testing for Type 1 diabetes is typically done.

“It can make life a little easier,” Rauch said.

Like Rauch’s research into diabetes, physicians and workers at Parkview’s Mirro Center for Research and Innovation, named after Dr. Michael Mirro, are also conducting studies and trials looking into the causes, treatments and outcomes of various diseases and ailments.

One, the brainchild of several community foundations and organizations, is focused on adolescent depression and teen suicide – something the Hoosier state ranks high in, according to several studies.

“It’s looking at what kind of technology adolescents use to help manage health and depression,” said Mirro.

Researchers will survey experts as well as those who suffer from depression about how they sought help over the 18 months of the study. In the day and age of social media, those researchers are hoping to find ideal ways to reach those who may be at their lowest points.

These are things the study, being done with a grant from the Robert Wood Johnson Foundation, aims to determine. All in all, the study will survey roughly 2,000 teens and young adults as well as experts on what works best.

“There are a lot of young people struggling with depression, especially on college campuses,” Mirro said.

He hopes the results of the study could be used across the country.

Research and the future

Doctors at Lutheran Hospital are now studying how stem cells taken from bone marrow might help a damaged heart.

The first patient in the study underwent a procedure just last month, receiving an injection of the cells while also having a ventricular assist device – something someone awaiting a heart transplant needs – implanted.

Will these stem cells generate new heart cells? Will they improve heart function? Will they be able to improve a patient enough where the device implanted can be removed?

These are all questions doctors are looking to answer in the short-term study, being headed up by Dr. Joseph Ladowski, a cardiologist who came to Indiana Ohio Heart in 1988 before it became a part of the Lutheran Health Network in 2011.

He’s not only a veteran in the operating room.

An author of more than 25 peer-reviewed scientific articles and the founder of the August Tomusk Foundation – which is dedicated to heart research – Ladowski has been internationally recognized for his various studies and projects.

“We’ve been doing research for a long time,” Ladowski said. “There is a whole series of things we’re doing here.”

At Parkview’s Mirro Center, there are numerous Phase II, III and IV trials under way for drugs and devices that are happening in conjunction with several highly touted medical organizations and universities, such as Duke, throughout the country.

Medical researchers and doctors at Lutheran Hospital are studying how to better treat burns suffered in military combat and having papers published on how to gauge how often trauma patients have misused alcohol.

Meanwhile, researchers and doctors at the Mirro Center have access to state-of-the-art virtual reality machines and software that mimics real life surgery. They will eventually have 3-D printers that can give them a better view of conditions in the human body.

And it allows doctors the chance to research in ways they might not have been able to in decades past.

That means the chance to attract more doctors to the area.

“As a community, to be able to offer access to research means we’re able to recruit physicians,” said Bokhart. “And physicians want to be involved with research.”

Rauch said her involvement in the study allows her to be on “the cutting edge” of research in her area.

All of that, though, means one thing.

First appeared in the 2016 issue of Fort Wayne Magazine’s Health. 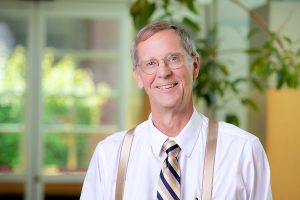 To See & To Perceive 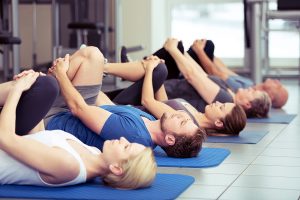 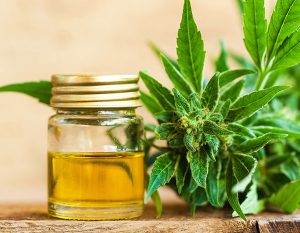