Because of a speech 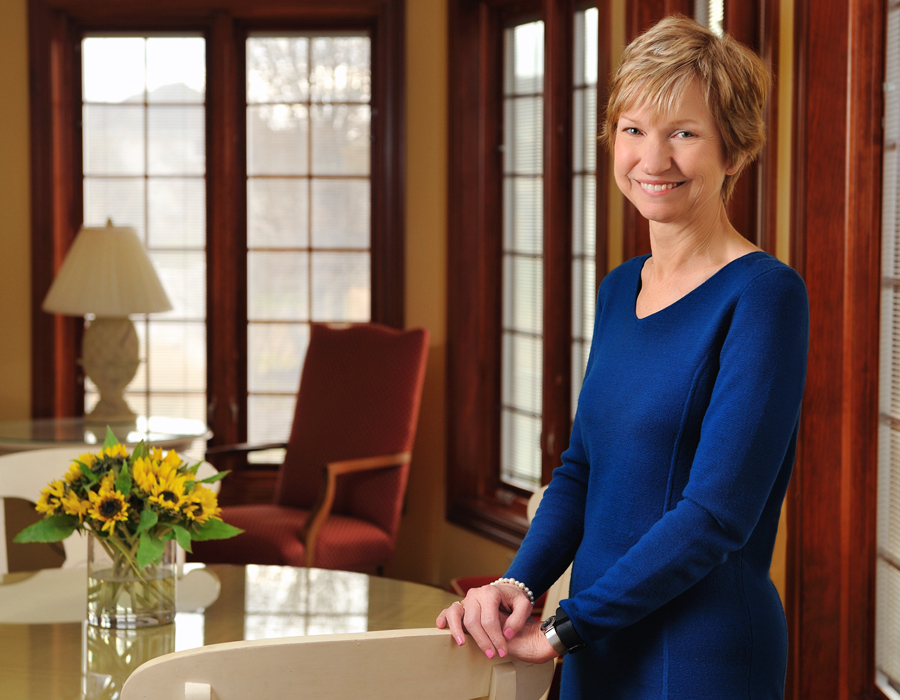 It began with, of all things, a speech.

While studying nursing in college during the mid-1980s, Phyllis Hermann had to give one for a class assignment. She got to pick the topic, as long as it had something to do with nursing, and she came across hospice care.

Not a lot of people knew about hospice back then, according to Hermann. “When I spent a day with a hospice nurse, I knew it was what I wanted to do,” she said.

This summer, Hermann is ending a more than 26-year hospice care career, retiring as the chief executive officer at Visiting Nurse, a local organization specializing in hospice and palliative care with roots dating back to the late 1800s.

Hermann became a hospice nurse in 1989, caring for dying patients while trying to make the entire process easier for loved ones and families. Back then, and to this day, most hospice care was given during house calls – there was no center for people to go to.

Today, 1.65 million Americans and their families receive hospice care a year. In the mid-1990s Lutheran Hospital and Visiting Nurse formed a partnership to devote a floor of the medical facility to hospice care, which Hermann ran as coordinator for a time.

“I felt I needed to know how to run an inpatient unit,” Hermann said.

During her career, she’s seen all the challenges that come with working in hospice and palliative care.

Burnout for nurses and workers can be fast. You have to know going in that your patients are going to die, according to Hermann. Your patients will not get better; the best you can do is make them comfortable.

“You really have to wrap your arms around the mission,” Hermann said.

When she started, many hospice nurses were in their 30s and 40s. Recently, Hermann said many younger nurses out of college and in their 20s have been coming into the field. She said they’re giving it a shot at a younger age to see if it’s something they might want to do.

Counseling is readily available for nurses who may be going through a tough time. They are given more time off when they need it – a few extra emergency personal days.

The workers at Visiting Nurse, which built a facility along Homestead Road in 2001, rally around each other in times of need.

“I really think it has helped,” Hermann said. “I think we’re doing a lot better today.”

Hermann became interim CEO of the organization in 2009. Others were interviewed, but her name continuously came up. One prospect who loosely knew Hermann exclaimed, “You already have her? You should just hire her.”

Come July 7, her plans include travel, lots of travel, and once things settle down she’ll find someplace to volunteer. She won’t be able to not help others. It’s in her nature, and she says she’s lucky to have found what she wanted to do with her life.

And it all began with a simple college assignment.

First appeared in the February 2017 issue of Fort Wayne Magazine.