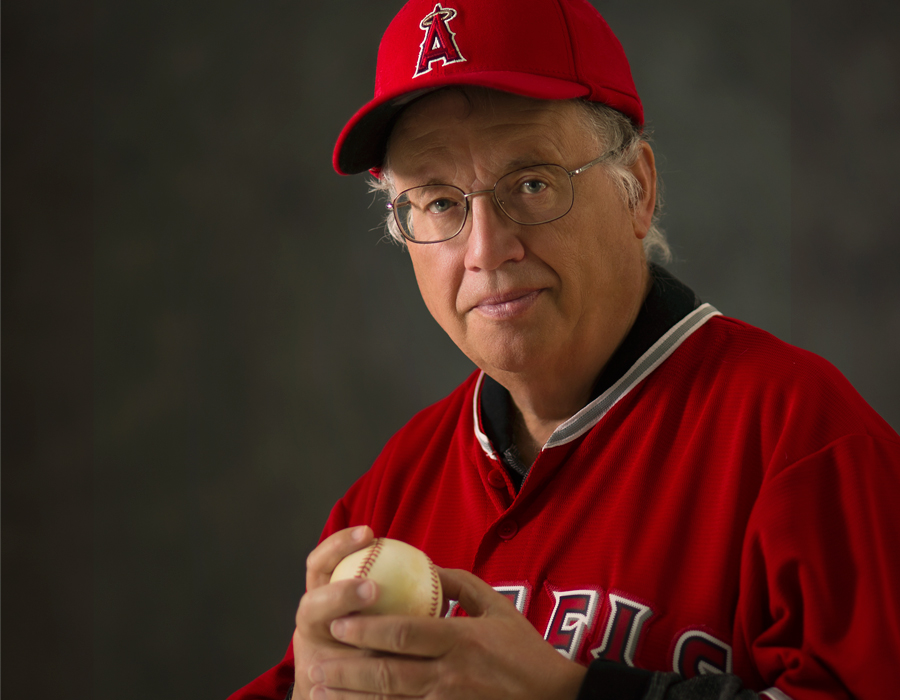 On May 4, 1871, the Kekiongas of Fort Wayne took on the Forest Citys of Clevelandin what would be an historic event for this town: it was the first ever professional league baseball game. But as the years went by, people forgot exactly where the game took place. Enter Bill Griggs. The 70-year-old president of the local chapter of the Society for American Baseball Research (SABR) used skills gleaned from a career in title insurance to pinpoint Camp Allen Park as the spot of that first game. And he also helped spearhead a movement to place a monument there. Find out what makes this baseball fan tick and how hard it was to find the site as he plays 20 Questions.

1. Have you always been a baseball fan?
Baseball has always been there. My team was the White Sox, but they went off the air here, and when I couldn’t hear the games I became a huge hockey fan for a time. Then we had children, and it made it very difficult to maintain season tickets with the Komets. Then I went to tennis and then back to baseball.

2. Do you remember seeing your first professional baseball game?
It would’ve been the last Sunday of July in 1949. It was a double-header between the New York Giants and, I believe, Philadelphia. I’m not positive about that. I was very small.

3. You remember it down to the day?
My father always had his vacations at the same time; that’s how I can figure out the dates. What I do remember is the Giants had a Chesterfield sign, and whenever they got a hit it would light up. I was three years old and very interested in that sign. The second game the Giants only got one hit.

4. What is it about baseball?
With me, baseball was a tie to my father. He played sandlot baseball and mainly softball. He was fortunate to play in an industrial league against some of the (Zollner) Piston players.

5. What has baseball taught you?
When I was a kid we were all fanatic baseball fans. If you asked us someone’s batting average on Monday, we would know it through Friday. I learned mathematics figuring out baseball averages, and it still comes in handy. If I need to know what percentage 2 out of 7 is, I know it’s .286.

7. Who’s your favorite ballplayer?
Currently, Mike Trout without any question. He’s on my fantasy team.

8. Who was your favorite ballplayer as a kid?
For a team I rooted for, it would be Luis Aparicio. For a team I didn’t root for it would’ve been Wally Post, because from the neck up he was a double for my favorite uncle who I was named after. I got to see him play in 1957 . . . it would’ve been the final Friday in July. He struck out the first two times up, and then the next time against Sandy Koufax – this was before Koufax was established – Wally hit a line drive over the centerfield fence, and I went crazy. The best part was, in extra innings, he made a laser throw to get Gil Hodges out at home.

9. Did baseball make your memory this good with dates and numbers?
The thing is, you get to talking to a casual fan, and they think you know a lot more than you do. I can drop birthdays and numbers on you, but I know maybe only 10 of them. If you ask me when the average player was born, my answer is going to be, “How the  hell do I know?” But if I tell you Willie Mays was born May 6, 1931, that sounds impressive.

10. When was Mickey Mantle’s birthday?
No clue. But I can tell you Al Kaline’s.

12. What were some other problems?
We have a marker in Headwaters Park, but nobody knew where that game was played. People were relying on books that had the field north of Main Street, and there wouldn’t have been room for a whiffle ball field. The ballgrounds included much more than just baseball. There were croquet grounds and the whole works. I think the fence encompassed over six acres. Try putting a fence and six acres north of the canal.

14. How did the idea for this monument come about?
Bob Gregory, a longtime SABR member, founded the local chapter here. He was in very poor health, and I took over by default. Before he died, he said he really wished there was a monument for this first baseball game in Fort Wayne.

15. Any surprises that came about when trying to get this done?
We learned a monument was almost done in 1971. Don Graham – he is the No. 1 historian about Fort Wayne sports – found an old newspaper article about a dedication and the promise of a marker, but it never came. If he hadn’t found that, we would’ve never known about it.

16. How did you approach trying to figure all this out?
When you’re looking at the past, you can’t look at it in the context of current events. You have to look at it as if you’re in the past. And you can’t rely on one source. You have to put pieces together.

17. What do you think this monument means to the city?
What makes the monument so incredible is that there are so many people who, if they didn’t get involved, this would not have gotten off the ground. So many diverse interests were coordinated for a common goal, and I think it’s going to give Fort Wayne something it’s been missing.

18. Anything you weren’t able to find?
We know the grandstands were on the river. The problem is the river is on both sides. There are a lot of reports of balls being hit into the river. That location is on my bucket list to solve before I die.

19. If you have a chance to see any game in history, which one?
If you have to ask which one, you shouldn’t be interviewing me.

20. At a ballgame, hot dogs or brats?
I’m diabetic. So probably hot dogs will be the lesser of two evils.