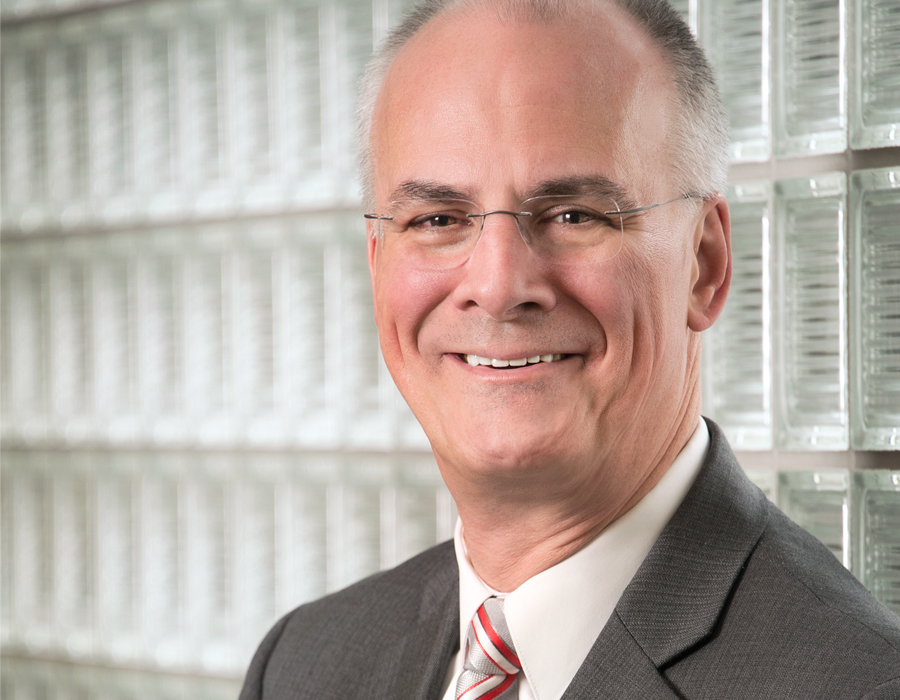 Curt Witcher is so perfectly matched to his work as manager of the Allen County Public Library’s Genealogy Center that even vacations are not as interesting to him as his work. Yet both his interest in his own ancestors and how he explains his work to the unwary reveal a scampish relish for fun in the man who has been called a rock star among genealogists and was recently nominated by Visit Fort Wayne and honored by the state of Indiana with the Hoosier Hospitality Award for his success in bringing visitors to town – thousands and thousands of them as individuals and whole conventions. Learn what this learned scamp is up to these days as he plays 20 Questions.

1. Tell me how you came to this work.
I thought I wanted to be a teacher. I was interested in biographies and histories. I was interested in how towns were settled. I was in the Franciscan seminary system and taught in Santa Fe. It was kind of an interesting moment for me: “This is like work. I’ve got to find something less stressful and intense.” We were trying to move people up two grade levels in one academic year. So I came back to Fort Wayne to continue my education at IPFW, and a former library director called me in a fit of desperation one day (in 1979) and needed someone to shelve books. I’ve moved up through every single position. It worked out well.

2. Are you from Fort Wayne?
I was born in Daviess County, and my family is from Jasper. I’ve been in Fort Wayne since fourth grade on and off.

3. When people ask you what you do for a living, what do you tell them?
My answer depends on who’s asking. Not surprising as you get to know me is that sometimes there’s a minor shock value. I tell people I play with dead people. When they get over the nanosecond or two of shock, what I have an affinity for is telling individuals who query that I help people find their stories.

4. Was it a surprise to receive the tourism award?
Humbled is probably the right word. I feel like I don’t deserve it. I am a strong believer that teamwork makes the dream work. The award isn’t my award. It is the Genealogy Center’s award.

5. What question do you and your colleagues answer most often?
The classic question is some form of either “I’m just starting out, what database do I use, where do I go” or (and it’s a compliment) “I’ve been working in Ancestry, talked to family and I’m kinda lost, where should I go, what should I be looking at.”

6. What are the more challenging questions?
There are many. One of our colleagues, we call her the librarian for paranormal genealogy. She seems to get all the really interesting questions like the researcher who was looking for a Civil War ancestor but the dates didn’t match and was real clear on some detail and fuzzy on others. It came out that she was researching herself in a previous life. Those questions are a little bit challenging. But we take all of our customers really seriously and start from what facts they have.

7. Which information sources are most used?
Many people are really interested now in public trees, has someone else researched my family.

8. Have you done your family tree?
No. It’s sort of like the cobbler’s kids have no shoes, and that’s ultimately frustrating. It’s impossible to come in here and work on my own family history because I have no self control: “Well, I’ll just take care of this little thing right here.” And then it’s two hours later.

9. What do you do when you’re not working?
I really enjoy the field, so I belong to and serve on the boards of local, state and national genealogy and history boards. I am heavily involved in records preservation. The whole vital records issue is hot right now.

10. Who are your heroes? Is that a concept that works for you?
It really isn’t. If I had to pick a hero or heroine, it wouldn’t be someone who would never be named by someone else and I wouldn’t know that person’s name. I can conjure up the heroes, the people that will arrive at an accident scene and turn the car over and pull the person out and are gone. They get no recognition, and my hypothesis is that they want no recognition.

11. Is it possible for other municipal libraries, starting now, to develop into what this one has with the Genealogy Center?
Because I am a firm believer that almost anything is possible, I would have to answer yes. If you had a library board of trustees that was and is as supportive as ours is and has been and library directors that saw the vision of how important family would be.

13. What’s the last book you read?
I am re-reading “Multipliers.” I am in the middle of re-reading “Clare: A Light in the Garden,” a more contemporary contemplative presentation on a classic Catholic saint. And a great book on Lincoln, “There I Grew Up” by Bill Bartelt, a Southern Indiana historian.

14. What’s your ideal vacation? Do you take vacations?
I don’t actually. I really do like what I do. We’ve done a lot of family outings, several-day trips.

15. Which ancestor would you most like to go back in time to meet?
My father’s father. When I was little, I thought he had the coolest name in all the world: Valentine. When I grew up, I thought “Oh, I am so glad my parents did not name me Valentine.” He has always held some fascination. My brother and I would quiz my grandmother about him. His father, my mother really did not like (him). “Lazy, beer-drinking German,” she would say. So I’d really like to meet him!

16. What, really, is the value of learning your ancestry?
My hypothesis is validated with what Bruce Feiler, storyteller, said in an awesome keynote at Rootstech about why knowing your family story is so important. He said research says the No. 1 discriminator and determining factor of whether someone is well adjusted and can handle challenges, can handle diversity, is whether they know their story.

17. What’s next for the Genealogy Center?
Our role is being good consultants, good coaches for whoever wants to come in. Last month we did over 70 30-minute consultations for people who came in.

18. Are their trends in genealogy? Is Fort Wayne a leader?
I think we do set trends, not in the big dynamite explosive ways. We are in  the people business. Both terms are really important.

19. What about the DNA testing that’s available now?
It will continue to have an increasingly significant role in helping decide which family line to study, but there is no NCIS or CSI magic in it. It can help you get past brick walls and stop researching dead ends. And it can open up some possibilities for you.