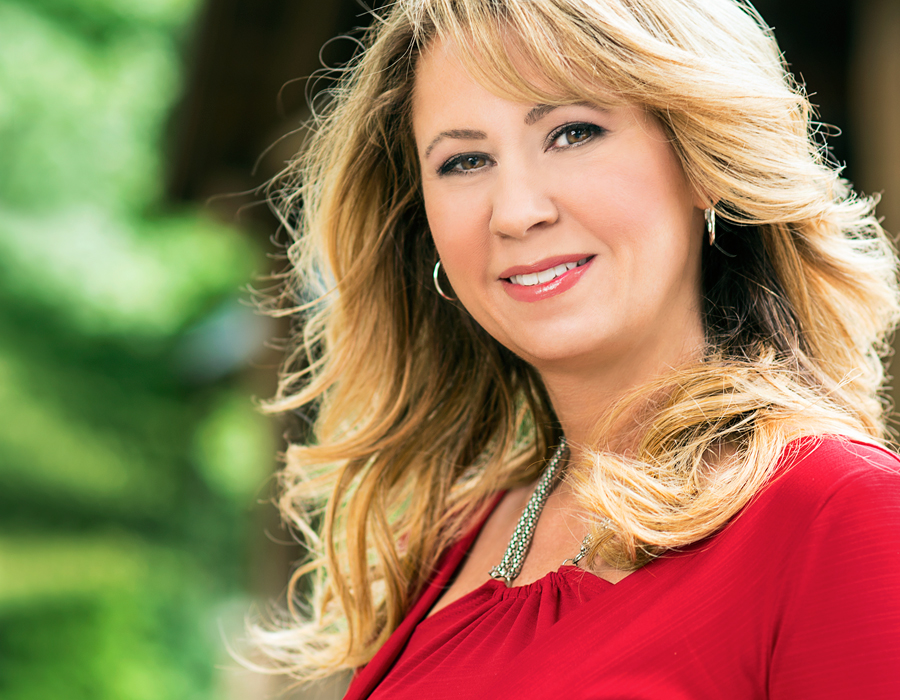 Denise Hunter, successful author of 30 Christian romance novels and under contract to HarperCollins for more, is genuinely humble about her accomplishments, generously praising writers, for example, who write much shorter and less complex things as “different niches of the same career.” She also remembers her own rookie struggles. She and her husband Kevin now may go on her research trips alone, because their three sons are growing up, but a lot of family trips are reflected in her books. Find out which ones as Denise Hunter plays 20 Questions.

1. How did you start writing as a career?
I started wanting to write a novel in my early twenties. I put it on the back burner because I had small children, I was going to school part-time, I was married, and then my grandfather’s death was something that just spurred me to get going with it. I felt he had done so much with his life, and the realization hit me that I was going to someday be on my deathbed and what was I going to regret having not done. I felt God pressing on me the urgency to take that dream off the back burner and start writing my first novel. So I did.

2. What were the struggles while writing that first book?
Just figuring out how to write a book was a struggle. I was an avid reader, so the plot just kind of sinks into you after a while. You know what needs to happen in a story. You know how a story works. But you come upon things when you are writing, point of view issues, characterization, and for those things I turned to the library, the Fort Wayne library. I probably read a hundred books just to write that  first book.

3. At what moment did you know, ‘this is going to work, I can really do this’?
I had local writer Dr. Dennis Hensley edit my manuscript before I sent it out. His last words on the page were “I hope you’ve started your second novel.” I thought if he said that he must see something there.

4. Who is your best bad-guy character?
I’d say my favorite was in “Falling Like Snowflakes.” He was a controller and verbally abusive. I struggled at first writing this character because I don’t know anybody like that. I put a post on to my Facebook page asking for insights. You cannot believe what I got. People sent me private messages that broke my heart. I was in tears. Wow. Did that bring perspective to that character. I believe it was Antonio.

5. Do you ever worry about running out of things to happen in your stories?
I have a whole folder of ideas for stories. I don’t think that’s going to be  a problem. I do have to be careful I don’t start repeating different concepts and conflicts.

6. How do you keep things straight?
A lot is just memory. I feel like I know these people. For each series, I have a kind of a town bible, so to speak, that lists the names, ages, details like hair and eye color and little idiosyncrasies like what scent they wear and town places and local landmarks.

7. As a child were you good at writing?
I don’t know that I was good at writing in school. I enjoyed it. I dabbled around with some writing, mostly poetry and stuff, with no aspirations of being published. I just did it for fun. I never had any teacher or anything tell me, “Hey, you’ve got some talent here.”

8. What is your routine?
My routine is to go to the coffee shop. I go to Bon Bon’s five days a week and write until I have six good pages. I’m a routine girl. Some days I might whip them out in three hours. Some days it might take me six.

9. Did you write your six pages today?
I have not done my writing today. I took this week off on my schedule because I knew it was going to be a doozy. We came back from California (where she and Kevin visited their eldest son), I went to Virginia (where she appeared on “The 700 Club”) and we have one (son) leaving for college.

10. How many “author things” do you go to each year?
I go to the Romantic Times Convention. The American Christian Fiction Writers Conference. I go to see my publisher every other year at least, HarperCollins Christian in Nashville. Beyond that just the research trips. This week was a little out of the ordinary being on “The 700 Club.”

11. What do you do with the rest of your time?
I like to travel with my family. We’ve made research trips our family vacations sometimes. And I like country music, so going to concerts. That’s one of the perks of living in Fort Wayne because they have a lot of good concerts.

12. What books have come out of family trips?
My whole Chapel Springs series was set in a town inspired by Madison, Indiana. We went down there as a family twice. And Nantucket for my Nantucket series. It was one of the Nantucket books that was made into a Hallmark movie, so worth the trip! We went to the Carolinas for my research on Sweetwater Gap.

13. Where do you get the names for your characters?
Baby books.

14. Which book is going to be the second Hallmark movie?
“December Bride.” It’s part of the Countdown to Christmas programming. My husband and I got to go on set for a day. That was really fun.

15. What kind of movie is there in the life of a romance novelist?
It would probably be a pretty boring movie. I have a nice quiet writing life. I don’t like drama, even though I have a lot of drama and conflict in my fiction. I like to keep it in the manuscript, not in my life.

16. What is your advice to others who haven’t written that first novel yet?
Just sit down and do it. You only get so far by thinking about it. Practice is what is going to help you strengthen your craft.

17. How far ahead do you plan?
I sign a contract for four books at a time, so I am planning out a couple of years. I have to give a paragraph about each story. I have been writing for 20 years.

20. Where is your favorite place?
To visit, it’s Switzerland. I am a mountain girl. When I go to the mountains, I feel like I am home.