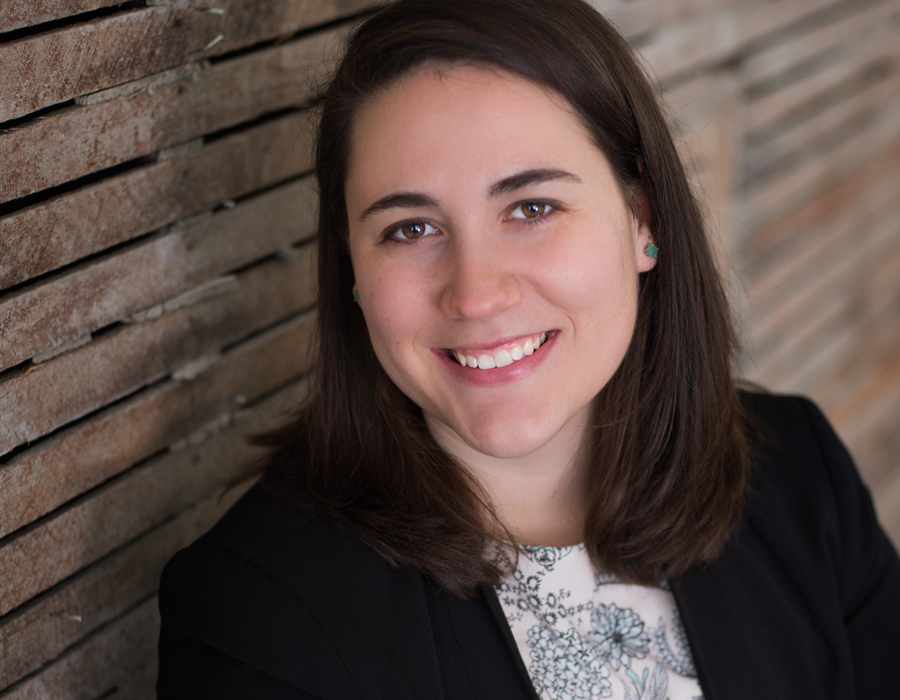 We’re a city steeped in history. So it’s good we have people like Jill McDevitt watching what we should be preserving for the future. The new executive director of ARCH, Fort Wayne’s historic preservation organization, McDevitt studied history at St. Joseph’s College and historic preservation at Ball State. In October, she took over when former executive director Michael Galbraith exited. She took her husband’s name without realizing her name now coincides with a famous San Diego “sexologist” who dominates Google when you type in “Jill McDevitt,” much to our Jill’s chagrin. And now she’s ready to play 20 Questions.

1. How did you come to work at ARCH?
I was an intern at ARCH when I was an undergrad. If I interned in Indiana, I’d get paid a stipend. I worked here for one summer. When I was in grad school at a public meeting here in town, I ran into Michael, and I asked if he had anything available. He did.

2. When people ask, what do you tell them you do for a living?
I tell them I’m a historic preservationist. There used to be a lot of people who would say, “Oh, like ‘National Treasure.'” I would say much bigger than that. It meant I did a variety of things, technical preservation things like writing nominations to answering questions when people who came in and asked “When was my house built?” Sometimes I tell people I preserve historic buildings and they’re like, “That’s cool.”

3. Why study history, and how did your folks react to that as your college major?
I have always been interested in history. My mom was really into genealogy when I was growing up. She was always telling us stories about how so-and-so did this or your great-great grandfather did that. When I picked history as a major, my parents weren’t thrilled. They asked what I was going to to do, teach? I said absolutely not.

4. You have a time machine and can go back to three places or eras in the past. Where do you go?
My first instinct is to go back to places that aren’t that pleasant, places where you might not want to spend very much time. I’ve always been fascinated by Valley Forge. I read a book about it when I was younger and it always stuck with me. My interests lie in early American history . . . to be in Philadelphia or Boston during the American Revolution, I think that would be pretty incredible to be a fly on the wall there. And then out west, with Manifest Destiny and exploration, you’ll never see anything like that again.

5. What was it like growing up on a farm in the country?
That small town atmosphere was great. I loved my childhood, and I had a lot of fun. There was lots to do, but a lot of fun to be had as well.

6. When did you know this is what you wanted to do?
After deciding on majoring in history, I came across preservation as a field. I knew I liked architecture, but I wasn’t creative to the extent you need to be to be an architect, so preservation was a nice fit.

7. Morning person or night owl?
Definitely morning person. I usually get up and let the dogs out first thing. Maybe check my email or the news.

8. Whats the biggest challenge facing ARCH now?
Our biggest challenge is pretty broad, but it’s making sure people are aware of preservation and its importance. Our main goal is to ultimately educate the community about its value and the value of the buildings it has and the infrastructure it has.

9. What do you love most about this job?
I love the idea of seeing old buildings and being involved in saving old buildings. It’s not as glamorous as  it sounds, once you get into it, but  you see a lot of things people wouldn’t normally get to see. But while that’s a really neat aspect of  what we do, I think one of the best aspects is when you see a community embrace preservation.

10. What’s your dream vacation?
Probably hitting as many national parks I haven’t been to yet as I could.

11. What have you learned during your short time as executive director?
That I have so much more to learn. There is just so much. I feel fortunate that I have been at ARCH so I have some background knowledge to work off and awareness of ongoing projects, but then there’s this whole other layer of awareness that I’m working on.

12. Do you have a favorite historical building in Fort Wayne or the area?
Downtown we have some great buildings, like Lincoln Tower, where when you go inside it has the complete package. But out in the country you come across some great schoolhouses and abandoned farms, and those are cool, too.

13. You interned at the Jasper County Historical Society. What did you learn at that job?
I got to see how every county has a local historian and lots of counties have local historical societies. And it gave me an appreciation for their struggles. There is never enough money, never enough volunteers.

14. Have you ever Googled your name?
I have, and . . . (sigh) . . . if I had Googled it before I changed my name I wouldn’t have changed it. A month or so after I got married I Googled it and texted my mom, “You will not believe this.” If I would’ve known, I would’ve hyphenated it or something.

15. How did you become a hockey fan?
My dad always played recreationally, and his family is from Michigan. I just kind of grew up watching it.

17. What’s it like being married to a St. Louis Blues fan?
It’s great when the Wings win!

18. In some Facebook photos you’re wearing a Blues jersey . . . is it hard to grit your teeth and put that on?
I would never do it if they played the Wings. But I did do it for him for a couple games we went to in Columbus.

19. What’s it like being married to a veterinarian?
He brings home all kinds of smells and foreign materials. I actually go with him when he goes on after-hours calls, and I’ve gotten to do things I never in a million years ever would’ve done. This winter I held a cow’s uterus after a c-section while he stitched it up.