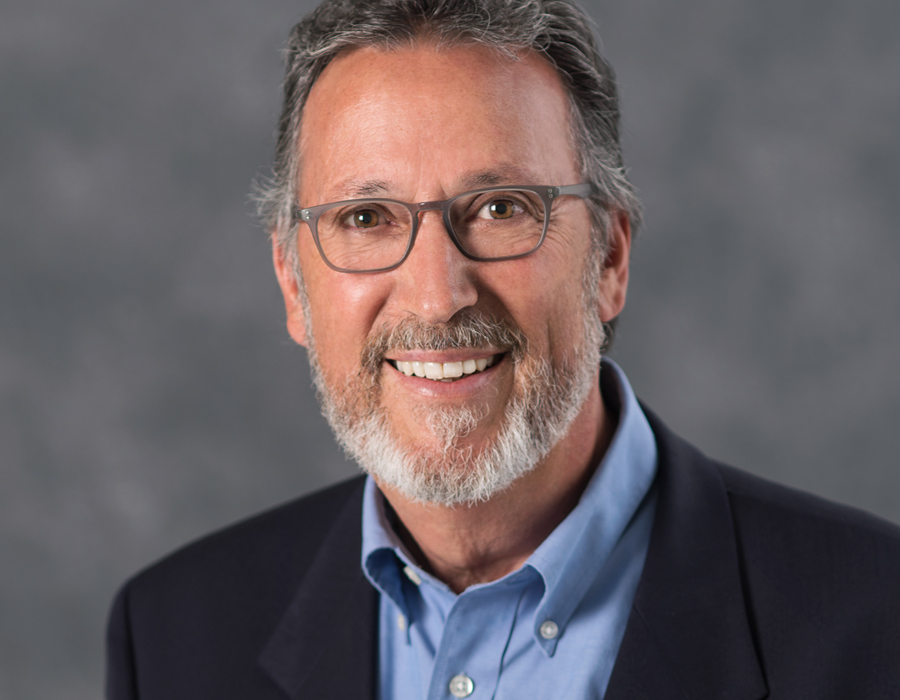 Marc Levy approaches his work as executive director of the Questa Foundation with the same make-it-work-better analytical persona he brings to his personal interests, but his motivation is far from merely technical. He has long pursued social justice, better lives for people and a better world here and elsewhere as a United Way executive, in academia, state government and nonprofit management. He and wife Susan Eisenhauer returned to Fort Wayne, where he now leads Questa Foundation. Learn what Marc Levy really does all day as he plays 20 Questions.

1. What makes you glad to go to work each day?
The opportunity to really make a difference in people’s lives and to know that what we are doing is helping to create a better economic environment where people can have living wage jobs.

2. What’s a typical day for you?
I work with people, listen to people, talk with people and try to help to bring those thoughts together around our goal, which is to help people be prepared for the economy of the   21st century.

3. What is it about education that makes such a difference in people’s lives?
It helps you to have the analytical skills, the knowledge, even the experiences that prepare you for all the changes we are facing now.

4. How did your education change your life?
Education introduced me to thoughts, ideas, materials, people that I could not have had contact with and got me to be a more open and curious person.

5. What can’t education accomplish for people and communities? What else do we need?
The knowledge we have that’s relevant for the 21st century comes up against the bureaucracy and mindset of the 20th century. We can see how to use that information, but the systems aren’t there yet.

6. What makes you happy?
My wife and my two cats. Being outdoors and enjoying a beautiful sunrise. Or sunset. And cooking a really nice meal.

7. What makes you angry?
I don’t get angry, but I get frustrated by people who have the attitude “we’ve always done it that way” or “I wish we could go back to 1950” rather than looking at how things are now and how we could make them better.

8. Are you an optimist or a pessimist?
I’m an optimistic pessimist. I am always considering what is the worst thing that could happen, and I am optimistic it will never get that bad, especially if we take responsibility to make it better.

9. If you could change one thing about yourself, what would it be?
Be a better listener. … If you then move into being a good questioner, you can seek to understand before being understood.

10. Ever have one of those “pinch me,   I’m dreaming” moments?
Driving when I was in Oregon and seeing a double rainbow emerge and pulling off to the side of the road and having the “wow” experience.

11. Do you like to plan things out in   detail or be spontaneous?
Yes. (Laughs) I’m more in the spontaneous side, but I start with a plan.

13. What else are you doing?
I am on the BBB board and chair    their foundation board. I just got appointed to the Mayor’s Opportunity Advisory Council. I have been very involved in Rotary. I tend to get   involved in social and political issues, especially where it relates to personal and social liberties.

14. If you could visit any country in the world, where would you go?
We are discussing Cuba and Iceland and Italy and France.

15. What would be the title of your bestselling novel?
It wouldn’t be a novel. The book I want to write is about organizations and communities of the 21st century. But if I was going to write my science fiction book, it would be around the challenges of the parallel universes.

17. If you could have dinner with a political leader, who would it be and what would you want to talk about?
I would have loved to have a conversation with Martin Luther King. But I was also inspired by Gandhi. If we go with a more traditional definition of politics, I would probably say Jimmy Carter, from a human standpoint, just to talk about his perspective on civil responsibility and what we owe to each other as people. I would talk with Ronald Reagan about the same thing.

18. What did you learn from your family?
I learned a sense of caring about people and social responsibility for doing what I could to make things better, even if it is just a small thing.

19. Movies or music?
Probably more to the music side. We love Lyle Lovett, and I love the blues, so – Buddy Guy.

20. What’s the first thing you think of  when you wake up in the morning?
I start out right out of the gate  moving; I’m thinking about the day and what’s ahead and if it’s a challenge or an opportunity. (Pause) Most likely it’s my cats because they’ve been asking for food.