Our homes are getting smarter

Have you made your home smart enough? 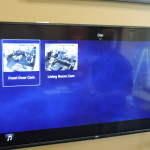 Smart home technology allows you to control the functions of your house from anywhere in the world, using something as simple as a cell phone. 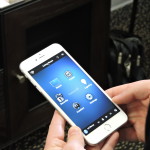 Fort Wayne Newspapers Smart home technology allows you to control the functions of your house from anywhere in the world, using something as simple as a cell phone. 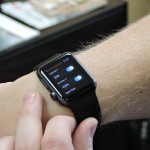 Fort Wayne Newspapers You can use a watch to dim the lights of a specific room of a home outfitted with smart home systems. 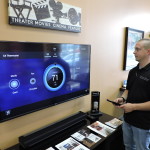 FORT WAYNE NEWSPAPERS Ryan Piper, of Millenium Sounds, shows how you can control the functions of a room in a smart home from anywhere — using just a computer and a TV monitor.

A push of a button can lower the shades.

Another can turn on the television — to any channel you like — or dim the lights or even set the thermostat.

The latest amped-up version of housing trends sits along Flutter Road — Granite Ridge Builders’ NextSTEP home, a fully automated, solar- and geo-thermal powered “smart home” which is does almost everything for those fortunate enough to live there.

“This is the first we’ve done,” said JR Ford, a New Home Specialist with Granite Ridge Builders. “We wanted to do something different.”

The NextSTEP home was built as a smart home from the ground up, but that doesn’t mean you can’t smarten your own home up with new systems wired into an already existing house. In fact, homeowners across the country are already doing that as the technology becomes much more available and, better yet, affordable.

“It’s very popular in this area,” said Ryan Piper, a salesman at Millennium Sounds, a company that installs audio, video and automation systems in homes and businesses throughout central and northern Indiana and part of Ohio.

Years ago, the attitude when it came to home automation was “go big or go home,” according to Piper. You either did the whole house or you ended up paying more to install a system where you could turn the lights on in one or two rooms.

Now though, systems are allowing home-owners to make their home smart one piece at a time.

Maybe they want to automate six or seven lights. Then a thermostat.

“You don’t have to do everything at once,” Piper said. “Companies are figuring it out that people are not willing to drop 30- or 40-grand at a time.”

So while a fully automated home for many people is still years away, the idea of having several things in the home controlled with the simple tap of a tablet or smart phone screen is catching on in this country, according to a report from the research firm Strategy Analytics.

The report, released earlier this year, estimated that the number of households with some sort of smart home system grew 30 percent in 2015 to about 27 million — or about 1 in 5.

Part of the reason for the growth is that products like cameras, smoke alarms and thermostats are being made that can already connect to the internet but do not need the internet to work on their own. Home owners do not need to rewire their entire house just to have a smart system.

Add to that “smart plugs” for coffee makers, TVs and existing lights, and it’s becoming much easier to piece together a smart home.

But there’s always a point where many homeowners start to smarten up their houses.

“Most people want to do their security,” said Tina Caston, owner of Innovative Concepts, a Decatur-based company which provides smart home technology throughout the area. “More and more people are dabbling in thermostats, but sound systems and security are still the big things.”

For Piper, most customers are coming to Millennium Sound asking about streaming content on their smart televisions and how to automate a system where their television turns on to the exact channel they want when they want the television to turn on.

Both Caston and Piper said convenience is driving many to embrace smart home systems — it’s nice to be able to check a camera while away or to tell a television to turn on first thing in the morning with minimal effort. — and energy efficiency is also a part of the appeal.

The NextSTEP home has more than two-dozen solar panels on an outbuilding that help make it a “net zero” energy home, meaning a family of four can live and enjoy its comforts without an energy bill. Getting an existing home to reach that point might not be done overnight.

Still, there are little things that can be done to cut down on energy bills.

“It’s nice to be able to get the whole green home without having your house re-insulated,” Piper said. “If you put an automated dimmer on your lights, you can cap those at about 80 percent, and you’re already saving on your energy.”

Piper’s company also provides services to businesses whose owners want lights and televisions to turn on at certain times, such as apartment leasing offices, so that employees arriving for the day can already see activity happening inside and do not have to go about turning everything on.

So while the future of a fully automated home isn’t here for everyone yet, older homes can, and are, being tricked out with new technology to make them closer to ones like the NextSTEP house. Ford said he’s seen homes like that one on the coasts and in tech-rich areas in the Pacific Northwest, but it’s still a rarity in this area. 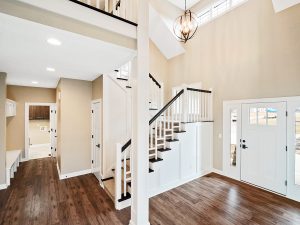 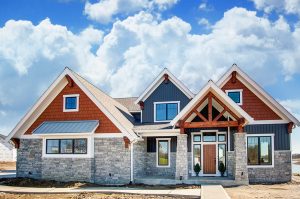 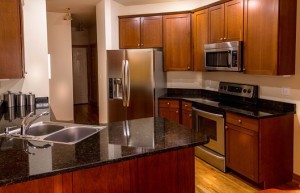