A little Irish kiss in Huntington 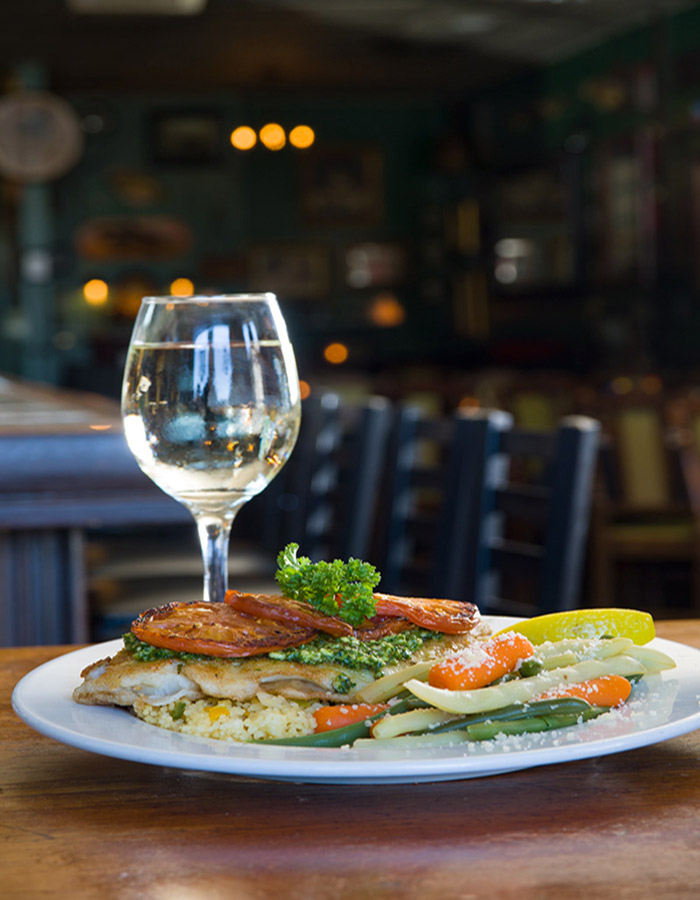 Lee Bowers couldn’t wait any longer. It was time for new stories to be posted on The Journal Gazette’s website, and he went looking for one in particular. The paper’s popular food critic, Ryan DuVall, had previously given Bowers a heads-up that a review of his restaurant was on the way. What Bowers couldn’t know is what the review would say.

And then there it was: A four-rating for the Rusty Dog Irish Pub.

A rarity from DuVall, that review seven years ago served as a bit of vindication for Bowers, who was told multiple times by several people that a cozy, European-inspired pub — with European-inspired food — would never, ever work in tiny Huntington, Indiana.

The naysayers, though, have long been proven wrong.

“I remember I was ordering things like duck breasts and rack of lamb from my food supplier, and he just told me, ‘Lee, you can’t do that,'” Bowers said. “But I knew a lot of people from Huntington who drove up to Fort Wayne to eat duck breast and rack of lamb. I knew it would work.”

The inspiration for the Rusty Dog comes from Bowers’ trips to England and Ireland, which he first visited when very young. He loved the neighborhood feel of the pubs in the countryside, and was surprised to find pub-fare included salmon and other fresh foods you wouldn’t find state-side.

A lover of cooking and a self-described “reformed lawyer,” Bowers worked for his family’s firm — founded by his great grandfather in 1899 — for 25 years before retiring. The idea of opening a restaurant always rattled around in his brain, but he planned to take a year off work and enjoy life before deciding what to do next.

Then, when the restaurant just over the railroad tracks south of Huntington’s main drag closed, Bowers seized the opportunity and bought the space.
He assembled a team of seasoned servers and bartenders as well as one chef.

That chef, in turn, brought in a batch of kitchen workers with little to no restaurant experience — the idea being he could mold them into a team to cook the way the restaurant needed to thrive.

That approach proved extremely beneficial to the Rusty Dog, as most of the originals are still there cooking the delicious food that’s made the pub a staple for those in Huntington and travelers from Fort Wayne, Wabash and elsewhere.

Bowers is also very hands on with the menu. Doyle’s of Dingle yellowfin sole, Rusty Dog nachos and the Trigg Foxhound sandwich are customer favorites. Wagyu and ribeye steak is also on the menu, along with fried green tomatoes, sweet potato fries and fish cakes.

Many of the items, including the Trigg Foxhound sandwich, are gluten free.
While the food is beyond enjoyable, it’s impossible to not find yourself melting into the comfort of the decor. Bowers went to great lengths to capture the essence of all those pubs he visited during his travels in Europe.
He and his partner went antique shopping to find photos and paintings of various dogs or anything that looked like it might belong in an Irish pub — from the unusual to the striking.

They also added personal touches to the walls: photos of Bowers’ dogs adorn one little area near the ceiling, while a giant photo of his grandfather’s World War I battalion takes up a huge space by the bar.

“I fell in love with the atmosphere of those pubs in Ireland and wanted it here,” Bowers said.

And the Rusty Dog, with regulars and crowds marching through the doors every weekend, will likely be here for a very, very long time. The naysayers were proven wrong: an Irish pub does work in tiny Huntington.

As a little reminder, DuVall’s old review of the restaurant is framed right in the entryway,
one of Bowers’ most treasured mementos.