Who's got the meat in the Fort 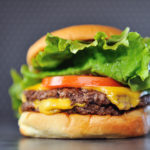 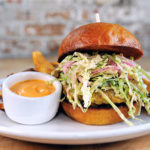 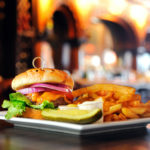 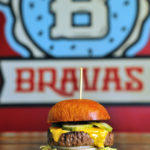 Burgers, like a lot of the world’s most popular dishes, started out as a food that mostly poor people ate.

However, now, it is common for fine-dining restaurants to offer one or two high-end burgers featuring premium meat and stylistic embellishments. In many restaurants, the once-humble hamburger is often spruced up with interpolations from any number of international cuisines.

Burgers are popular and the competition in Fort Wayne is stiff.

To quote late food writer Josh Ozersky, “The burger will always boom because it is omnipotent and irresistible. It can never be weakened. It can never be slowed down. It can never stop its ever-increasing growth in popularity. It is the single most powerful force in the food universe.”

The Fort’s best burgers can be found everywhere from greasy spoons to fancy bistros. But, what you won’t find on this list is any establishment that brags to have sold billions of burgers.

There are a lot of people who believe that Henry’s does the best basic burger. Now, don’t get caught up on the word “basic,” it doesn’t mean boring. The Henry’s burger is far from humdrum. It is an expertly seasoned and cooked-to-order patty. It is eschews the contemporary culinary flourishes that many demand from their burger-based entrees. 536 W. Main Street, 260.426.0531, henrysfortwayne.com

It should surprise no one that the Castlebar Burger at JK O’Donnell’s Irish Pub features a couple of Irish ingredients: rashers (short for rasher of bacon. In Ireland, it means a quickly cooked slice) and Guinness-infused cheese. It also serves a lamb burger with goat cheese, fried kale and curry sauce that will forever change your negative impression of kale. 121 W. Wayne Street, 260.420.5563, jkodonnells.com

Black Canyon offers a number of fine burgers including a bison burger with grilled pineapple and tempura fried jalapeno and the B&B Burger with cheddar & blue cheeses, chipotle mayo and avocado. It gets its name from the patty, a combination of ground beef and bacon. 1509 W. Dupont Road, 260.203.5900, blackcanyonrestaurant.com

BurgerFi is a national fast casual chain that started in Florida in 2011. Among the more notable burgers on the menu are the all-day breakfast burger (with bacon, maple syrup, hash browns and a fried egg) and the fabled Beyond Burger. It looks and tastes like beef, but is 100 percent plant-based. 7777 Coldwater Road, 260.444.4201, burgerfi.com

Club Soda’s claim to burger infamy is the M.O.A.B (Mother Of All Burgers). It is a giant fork-and-knife burger featuring two Wagyu patties and your choice of cheeses and seasonings. 235 E. Superior Street, 260.426.3442, clubsodafortwayne.com

The burger menu at Bagger Dave’s is extensive. Under its Prime-Rib Burgers heading, there are Korean, Italian and Tex-Mex burgers and one overstuffed selection that seems to pay homage to the Primanti Brothers sandwich chain. 2886 E. Dupont Road, 260.498.2082, baggerdaves.com

Powers is the only place in town where you can order 12 burgers and people won’t look at you funny. It serves sliders, those tiny hamburgers made famous by White Castle. “One of the greatest slider emporiums in America, one of the finest examples of the original American hamburger exists in Fort Wayne, Indiana, at a place called Powers,” said Hamburger America author George Motz. 1402 S. Harrison Street, 260.422.6620

Hall’s Gas House and The Deck has been serving great burgers for years. One of those burgers, The Chicago Burger, has migrated to the menu of The Deck, The Gashouse’s adjacent riverside eatery. What makes a Chicago Burger a Chicago burger? It’s hard to say. The Chicago burger is not as easy to define as the Chicago dog. Maybe it has something to do with the customizable nature of the Gashouse’s burger. When you order this burger, you are invited to choose from a generous array of toppings including pico de gallo, smoked brisket and roasted red peppers. 305 E. Superior Street, 260.426.3411, donhalls.com