The Rib Room thrives again — for all generations 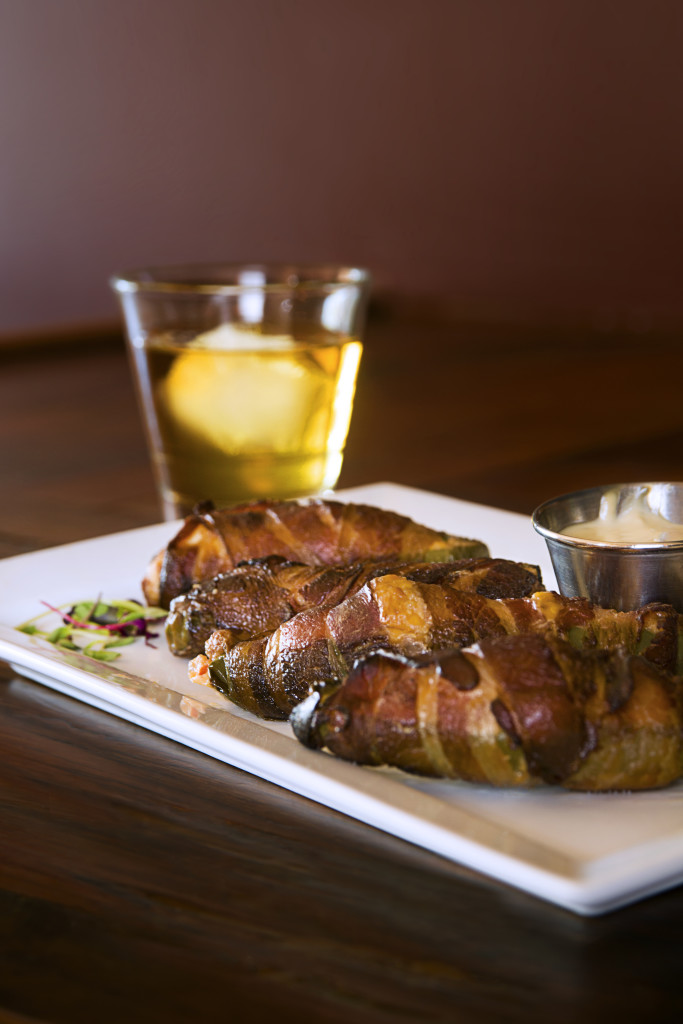 Petros Gounaris does not give out recipes.

Ask him for the rib sauce he’s been making for the better part of 40 years, and the former goat herder from Greece will throw up his arms, take a turn so sharp a wisp of his white hair will flutter and he’ll walk away from you muttering: “I don’t know the recipe!”

There is a special place for Gounaris in the basement of The Rib Room, an area carved out just for him where he whips together batches of his sauce which is then slathered onto “Nick’s Original Ribs,” a dish which, like The Rib Room itself, has been a staple of the East State Boulevard corridor for generations.

The Rib Room is celebrating its 60th year serving food to the good folks of this city — a span that was briefly interrupted for about six or so months at the tail-end of 2015 as the old owners, in their 70s, decided to retire.

But a trio of Henrys — Matt, Chris and Kurt — who own Nick’s Martini & Wine Bar next door heard the outcry from those who couldn’t believe the old joint closed, so chose to reopene The Rib Room last year.

And it’s still full of the staples of yesteryear: There are the ribs, of course. The great service. The friendly atmosphere. Most of the chairs in the bar have not changed.

But there is also a mix of the new:

A remodeled, rustic interior — complete with glass-brick windows which were discovered underneath a layer of drywall, an iron beam which hasn’t seen the light of day since forever ago and the remnants of an old vault from when the building was a Fort Wayne National bank branch. All of which perfectly compliments the vintage photos of the city adorning the walls.

There is also a new bar built out of reclaimed wood from the old National Cigar Shop which operated downtown, a craft beer and bourbon menu and new entrees –such as the delicious jalapeño bacon rolls — concocted by chefs Mike Bentz and Mike Stratmeier.

The Henrys pegged Messman, who was general manager of Nick’s, to head up the remodeling and reopening of The Rib Room. Dining room manager Christina Filippou, whose grandfather opened the restaurant in 1957 and whose father bought it later, was kept in the loop the entire way and played an integral part in the re-opening, according to Messman.

Filippou literally grew up in the restaurant, drinking virgin daiquiris behind the bar with her grandfather while the family celebrated nearly every birthday or holiday there.

“It was bittersweet,” said Filippou of seeing the restaurant gutted when the remodeling initially began. “I knew it was in need of a change. And it couldn’t have been in better hands.”

The Rib Room is also teaming with their neighbor Nick’s Martini & Wine Bar.

People who want a nice sit-down meal in the early evening can enjoy one at The Rib Room and then head over for cocktails and live entertainment at Nick’s, which has music acts booked Wednesdays through Saturdays.

The new vibe has brought in a younger crowd, Messman said. But that hasn’t driven away the old clientele.

Many regulars were thrilled to come back. Even Filippou’s father, Sam, who ran The Rib Room for years, kept coming in to answer the phones, unable to totally stay away from what he helped create along East State.

“People told us they got engaged here,” Messman said. “They went to prom here decades ago.”

So the staple remains. The Rib Room has new things in the works — new recipes and a brunch coming — but it has not gone away. It weathered the storm, and it will continue to sit along East State where it has been a home away from home for generations.

And Petros still comes and goes as he pleases, preparing the sauce people have loved for all those generations.

Only never ask him the secret — the old goat herder can yell loudly.