Art of the Shuck 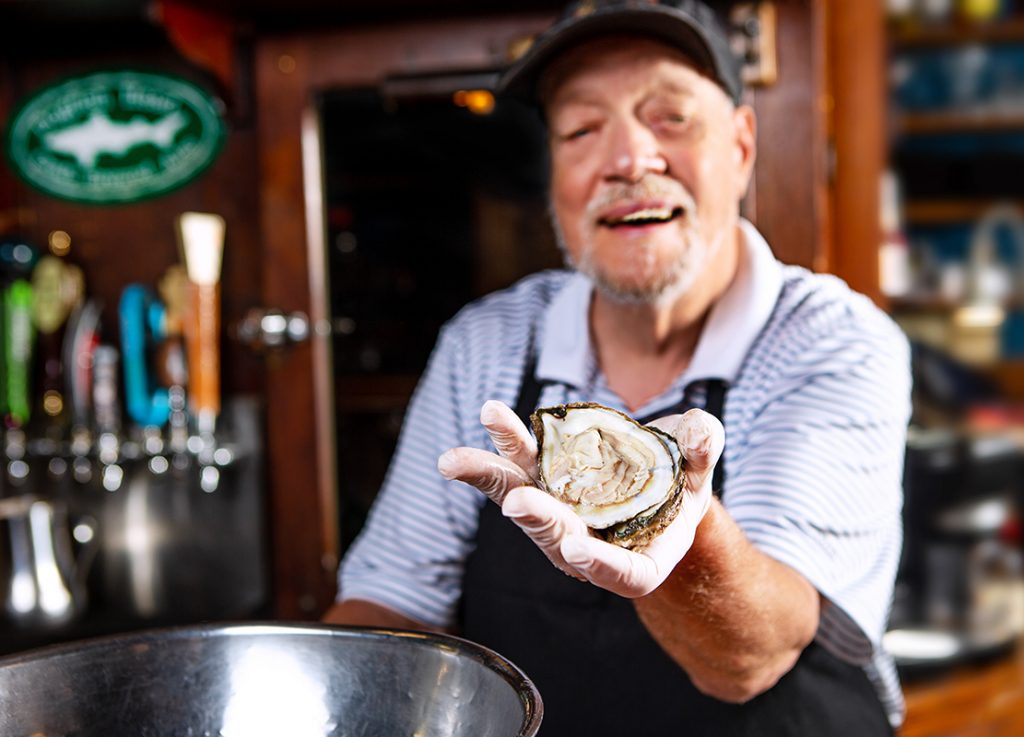 There is an art to shucking an oyster.

Work the knife into the back of the shell, run the blade around the rim and pry the shells apart. After popping the shell, go around the sides of the oyster with the knife, but always be careful you don’t take out the “stomach.” Then it needs to be rinsed – delicately.

Jack Reading has been doing this at The Oyster Bar for more than 30 years, ever since he asked his then-boss Alan Huffman to show him how to properly shuck an oyster. Reading perfected his technique, and no longer needed the silver protective gloves newbie shuckers sometimes wear to keep from slicing their hands. Reading became the official oyster shucker of the city’s oldest saloon.

Reading has been a fixture at the bar since 1969, when he walked into the Calhoun Street eatery looking for a job. He was tired of picking up weeds and trash for the city, and became the saloon’s dishwasher. Back then, there was one sink, a tiny freezer and everything was done by hand.

And except for a short “retirement” in 2005, after shucking over one million oysters, Reading has always been at The Oyster Bar.

And the bar’s team and customers take care of Reading; diners have been known to leave checks to assist Reading with his living and medical expenses.

When current owner Steve Gard bought The Oyster Bar, Reading was part of the deal. And depending on how things go – Gard has expressed interest in selling the bar – it is likely that Reading will be part of the next deal, too.