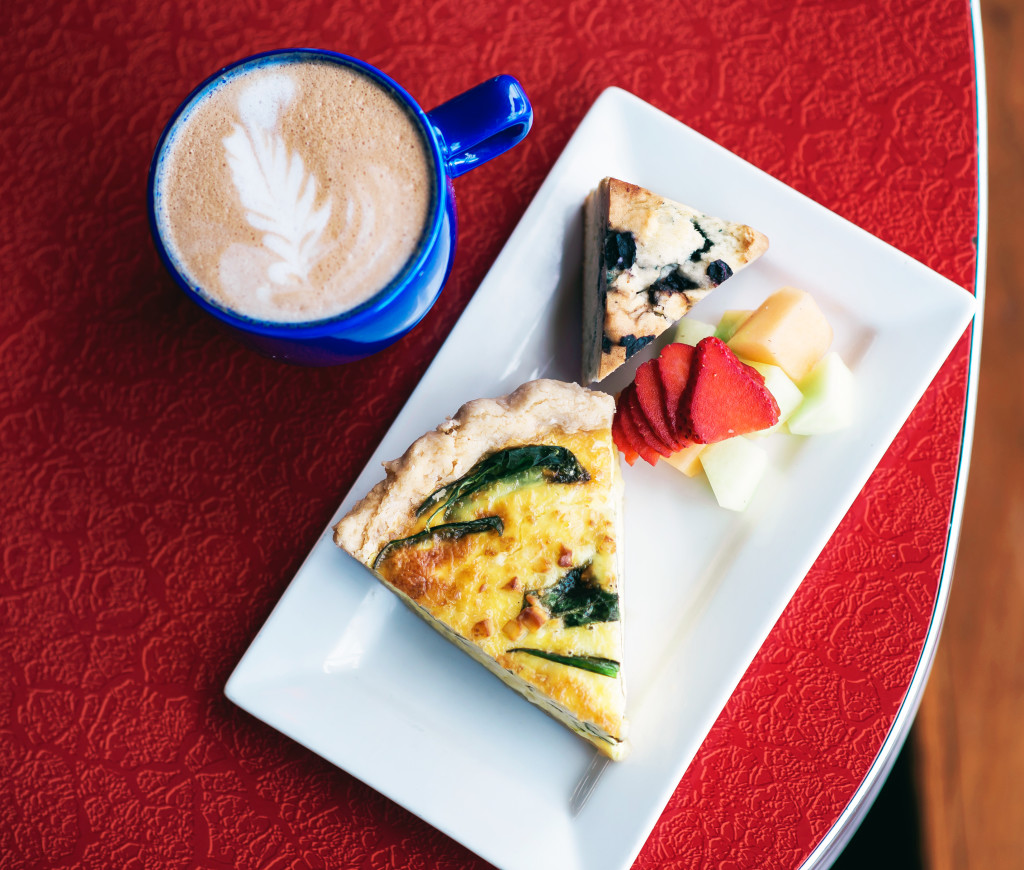 Even ten years ago, the concept of brunch was virtually unknown in Fort Wayne, although other portmanteaus were very much in evidence in the city back then – cockapoos, frappucinos, chocoholics and bromances.

Many restaurants offered breakfast, of course, although the menus were almost identical from eatery to eatery. And a few hotels offered breakfast buffets. But there too, the offerings were fairly predictable. Nowadays, the city of full of chefs who have discovered that brunch is as good an excuse as any other meal to get creative with interesting ingredients.

Here are some of the best:

Junk Ditch Brewing Company always offers wonderful food, but one thing that makes its brunch extra special is GK Baked Goods, a bakery that operates out of the restaurant. This means the cinnamon rolls and scones and muffins are always out of this world, because they are always made from scratch in the Junk Ditch kitchen. One of the more notable offerings on the brunch menu is Junk Ditch’s spin on a Croque Madame, the baked (or fried) ham and cheese sandwich topped with a fried egg. The Junk Ditch version features carnitas (simmered or braised Mexican pork), pickled onion and arugula. 1825 W. Main Street, 260. 203.4045, junkditchbrewingco.com

“There is a buzz in Fort Wayne about brunch,” said Steve Kulas, general manager of Eddie Merlot’s that just started offering a weekly brunch. “It is definitely on people’s radar and gaining momentum. For many it has become the center of their Sunday — order way too much food and have a couple of mimosas and enjoy the company of their dining companions.” The restaurant is now committed to offering a weekly sit-down brunch with a special menu. The offerings will include smoked salmon eggs benedict, ocean cobb salad, make your own omelets, Eddie’s tenderloin hash, vanilla crème Brule French toast and Belgian waffles with raspberry or blueberry compote (sweet enough to be dessert). The required brunch cocktails, bloody Mary’s and mimosa will be plentiful. Brunch is served 10 am – 2 pm. 1502 Illinois Road South, 260.459.2222, eddiemerlots.com

The Trubble Brewing brunch is famous for the Dad Bod, which is like a breakfast Poutine with a few tavern touches. Also notable are chilaquiles, which are like breakfast nachos.  Those looking for a hair-of-the-dog might want to give the Michelada a try: it’s a version of the Bloody Mary with beer substituted for vodka. 2725 Broadway, 260.267.6082, trubblebrewing.com

Bravas is a gourmet burger joint with two food trucks out and about: one devoted to gourmet hot dogs and the other serving some of the best tacos you will find in Fort Wayne. From the fall to the spring, the brick-and-mortar Bravas on Fairfield Avenue offers a roughly bi-monthly Sunday event called WTF Sundaze. Owner Bo Gonzalez doesn’t want it to be called brunch. WTF Sundaze events feature surprise Sunday menus, often prepared with the help of guest chefs, guest mixologists and guest coffee roasters. The menu usually features items evocative of breakfast, so perhaps Gonzalez won’t get too offended if it is described as brunch-like. No reservations are taken, and lines outside the door tend to be long. The music is loud and the kitchen staff can be rowdy. WTF Sundaze is not for the faint of heart. 3412 Fairfield Avenue, 260.745.7002, bravasfood.com

Granite City Food and Brewery was one of the first restaurants to offer brunch in Fort Wayne. It is famous for its signature caramel rolls and its Rumchata French toast. It also offers its own spin on a traditional breakfast side dish. Granite City’s Reggianno hash brown potatoes are named for Parmigiano-Reggiano cheese. The dish is creamy, baked and noteworthy. Granite City is also one of the few eateries in town to offer the classic New York Sunday breakfast staple: smoked salmon (pinch hitting for lox), bagels and cream cheese. 3809 Coldwater Road, 260.471.3030, gcfb.com

The pub JK O’Donnell’s only offers an Irish breakfast on the weekends. The menu items depend on what ingredients are fresh and available. Irish breakfast at JK O’Donnell’s can feature any number of dishes, perhaps bacon rashers, interesting sausages, fried eggs, sautéed mushrooms, grilled tomatoes, black pudding (blood sausage), white pudding (blood sausage without the blood), soda bread and/or fried potatoes. There’s nothing quite like it. 121 W. Wayne Street, 260.420.5563, jkodonnells.com

Where cutting-edge eateries and nightspots are concerned, the south side of town has traditionally been underserved. So when the Friendly Fox opened in late 2007, residents rejoiced. A decade later, it is still offering delightful chow, libations and musical beguilements. The restaurant is closed on Sundays, so it offers a Saturday brunch with a rotating menu. Notable is its veggie breakfast sandwich with spinach and green onion. 4001 S. Wayne Avenue, 260.745.3369, friendlyfox.org

The first version of the Trolley Bar opened in Fort Wayne in 1890. The trolleys are long gone, but the bar is still around, offering steaks, seafood and one of the region’s best salad bars. On Sundays, it offers a breakfast buffet with such items as crab cakes, walleye fingers, prime rib, spinach dip, waffles and pancakes. 2898 E. Dupont Road, 260.490.4322, trolleysteaksandseafood.com

Ted’s Market is a triple threat: beer hall, wine bar and coffee bar. And on Sundays, it offers brunch from 10 am to 2 pm. The brunch menu is unpredictable. There will always be java from Utopian Coffee and baked goods lovingly created in house or provided by Hetty Arts Pastry, but the menu will change depending on what’s available and on the minds of Ted’s kitchen staff. 12628 Coldwater Road, 888.260.0351, teds-market.com

Nights and weekdays, the Hoppy Gnome is known for ingenious tacos and craft beer. On weekends between 10 am and 4 pm, it’s known for brunch: French toast made with vanilla bean bread; Mexican breakfast sandwiches made with bread known as pambazo; and chorizo harache, a large corn tortilla covered with eggs, sausage, salsa, black beans and jalapeno crema. A bottomless mimosa is available with the purchase of an entrée for a one-time charge of $15.84. 203 E. Berry Street, 260.422.0070, hoppygnome.com

Chops Steaks and Seafood has started to offer  Sunday brunch.  The brunch consists, partly, of steaks, eggs, smoked salmon, homemade doughnuts and French press coffee prepared fresh at your table. Despite its name, the first French press coffee gadget was patented in Italy. The French press method involves preparing coffee in a press pot or a plunger pot and, yes, pressing or plunging is ultimately involved. Some coffee connoisseurs believe that the French press method is superior to all other brewing methods. It is something that will surely set brunch at Chop’s apart from most, if not all, other area brunches. 6421 W. Jefferson Boulevard, 260.436.9115, chopswineanddine.com

[Image: Quiche and a latte at Friendly Fox.]