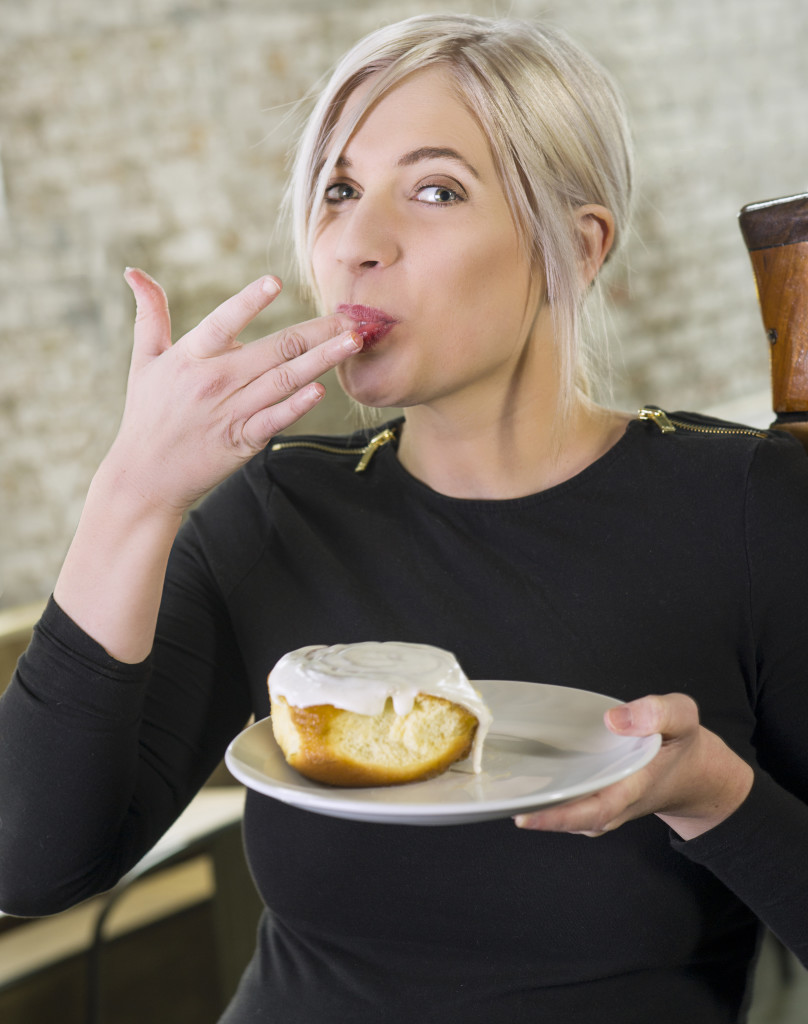 Sometimes the whole is more than the sum of its parts. This is definitely the case with Grace Kelly May and her baked goods.

GK Baked Goods co-owner and operator Grace Kelly May is the executive pastry chef for the Affine Food Truck and Junk Ditch Brewing Company. Seeing the demand for high-quality artisanal baking, the enterprising Millennial made her foray into the local market by selling products wholesale. The baker started with Bravas and has since grown to 27 wholesale accounts, including Junk Ditch Brewery, where her sandwich buns and brunch pastries are in high demand. Additionally, her creations are sought-after treats at local farmers markets.

“I use consistent recipes and tweak them,” she said.  “I ensure we get the best flour around. We use farm fresh eggs. Making sure the quality is consistent is the number one way to keep the standard there.”

This means everything is made in-house from scratch and is never frozen. When possible, she sources ingredients from local vendors like Cook’s Orchard. Along with uncompromised quality, May strives for a balanced approach to her creations. That means things aren’t overly sweet just for the sake of being sweet. She also pays a great deal of attention to how texture and plating can make or break a dish.

Attention to detail often distinguishes a classically-trained pastry chef–and May is among them. She graduated from the award-winning Kendall College School of Culinary Arts in 2010. Following her formal education, she spent six years working at some of the top restaurants in Maui, Chicago and Houston–experiences she still draws from today. She keeps her finger on the pulse of trends and puts her own spin on them. “I look to see what other people in bigger cities are doing,” she said.

While May looks to those metropolitan markets for inspiration, she said nothing beats Midwest flavor, which she associates with such things like simple desserts, comfort foods, local farms and seasonal produce. For example, she said even a caramel apple dessert can be refined while still honoring its down-home roots.

“When I returned (from the bigger cities), I didn’t think Fort Wayne was ready, but the community and food scene today is amazing,” she said.

She said there’s also an attitude among fellow northeast Indiana food purveyors that the metaphorical pie is big enough for everyone to have a piece. And one success is a success for the community at large.