Easy and fun ways to show pollinators some love 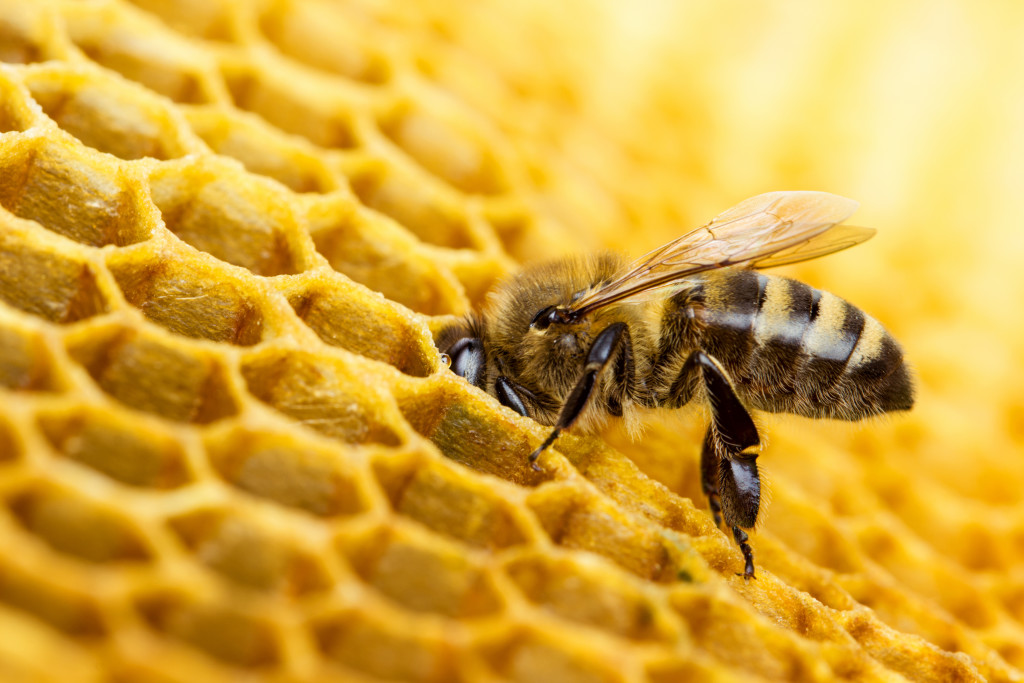 We may not want bees at our picnics, but we won’t have very good picnics without them. By simply going about the business of feeding themselves and their young, bees carry pollen from flower to flower, enabling the cycle of plant life and the productionof food.

But for reasons that have been tied to habitat loss, climate change and especially pesticide use, bees are in trouble. The U.S. Department of Agriculture estimates that between April 2014 and April 2015, 42 percent of the nation’s honeybee colonies died.

“If we don’t keep the bees safe, gardening won’t be as easy as it should be,” said Megan Ryan, co-founder with Alex Cornwell of Southwest Honey Co., based at the Southwest Conservation Club on Bluffton Road.

Ryan added that everyone can or should become beekeepers, but home gardeners can certainly help. “The biggest thing: plant native Indiana wildflowers, as many as you can,” she said. “The more we can have, the more we help bees with their natural habitat.”

Herb gardens are also helpful. Bee balm, lavender, sage, mint and even cilantro are all very bee-friendly. Flowers such as zinnia, aster, coneflower and sedum beautify the landscape and better the bee world, too.

“Another big thing is cutting back on pesticide and chemical use,” said Ryan. Such a move may seem obvious, she said, but when she says this to some groups, “a light seems to go on: ‘Oh, I guess I shouldn’t be putting that on my lawn.'”

A Purdue University study last year showed that honeybees collect most of their pollen from plants other than crops such as corn and soybeans, and that pollen is consistently contaminated with agricultural and urban pesticides. These include neonicotinoids, a class of commonly-used chemicals found to be toxic to bees’ central nervous systems, and pyrethroids, which are typically used for mosquito control.

There are other approaches to keeping weeds, disease and pests at bay, such as hand weeding and using alternative formulas – some of which use ingredients you have on hand, including olive oil, dish soap, garlic and baking soda.

Also: “Be aware of where you’re buying your plants,” Ryan advises, as plants from the larger chain stores may have been treated with neonicotinoids. “Find a local nursery – and ask questions.”

Though honeybees sting if there is a clear and immediate threat, she said, “they’re pretty easygoing. They’re going to move out of the way” of the average garden-tending human.

For more information about pesticides, see Purdue publications E-53 (Protecting Honey Bees from Pesticides) and E-260 (How to Minimize Pesticide Damage of Honey Bees). Purdue publication 4-H-51-W, Understanding the Honey Bee, is aimed at young 4-H beekeepers but is a good resource for anyone seeking bee knowledge.

Southwest Honey Co. will also respond to homeowner requests to relocate a swarm of bees from their yard or garden to more suitable quarters, where the bees can keep doing their thing. The only payment the company currently asks is support in the form of spreading the word about its mission and programs, and perhaps buying some honey.

For more information or to register
for any Southwest Honey Co. programs,
visit southwesthoney.com.