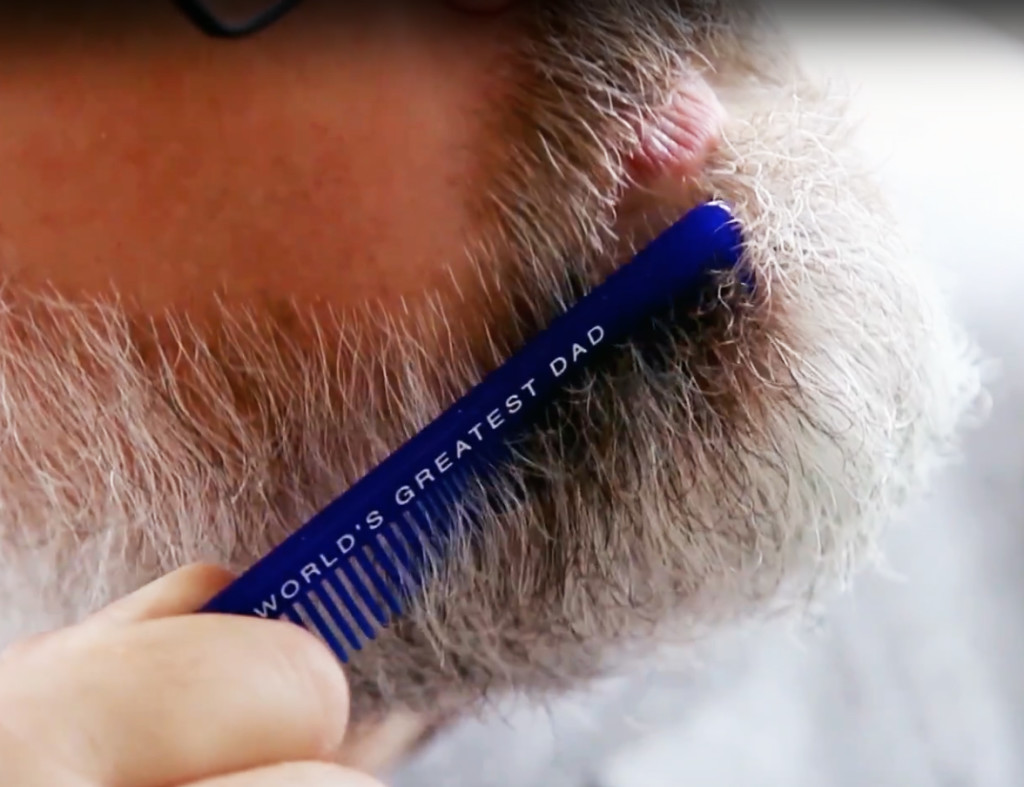 “The music video features cameos from many friends who happen to be fathers,” said Sankofa — given name Stephen Eric Bryden. The rapper envisions the video–which was produced almost entirely by local artist Bambi Guthrie–“as a time capsule, something to which one can return and marvel at the speed of time’s passage.”

From poetic moments that consider identity (“tattered ringleader” of the “familial circus”), legacy (“now I’m getting out-freestyled by my son”) and brotherhood (“they’ll forever have each other, for better or worse brothers”) to catchy hooks about the everyday trials and tribulations of parenting, the lyrics of “Dad of the Year” grapple with several aspects of having kids.

“Sometimes, parenthood feels like a rubber-room,” Sankofa raps, later describing the experience as “a great reminder of how little control we have.” Listeners will likely find the honesty refreshing: I’m not the only one who sometimes says cuss words around my children. I’m not the only one whose kids fight with one another, nag, whine, pitch fits, scream, cry…

“Fatherhood defines most of who I am,” said Sankofa. “Rapper is low on the list of identifiers. Being able to put some of my feelings about fatherhood into song and being fortunate enough to have so many friends be part of the video makes it truly reflective of life being so much more than just me.”

Fort Wayne listeners in particular will connect to the local mentions in the song’s second verse: the Botanical Gardens, Children’s Zoo and Science Central all make an appearance. Firefly Coffee Shop owner Cyndi Demaree even gets her own shout-out. Evidently, the Bryden boys love the shop’s fruit smoothies.

To garner hype for the video, Sankofa asked his “dad friends” to post photos related to their special fatherhood skills with the hashtag #dadsuperpowers. Super powers have ranged from chauffeur and cook to master paper boat builder. The video can be viewed on YouTube or via Sankofa’s Facebook page.