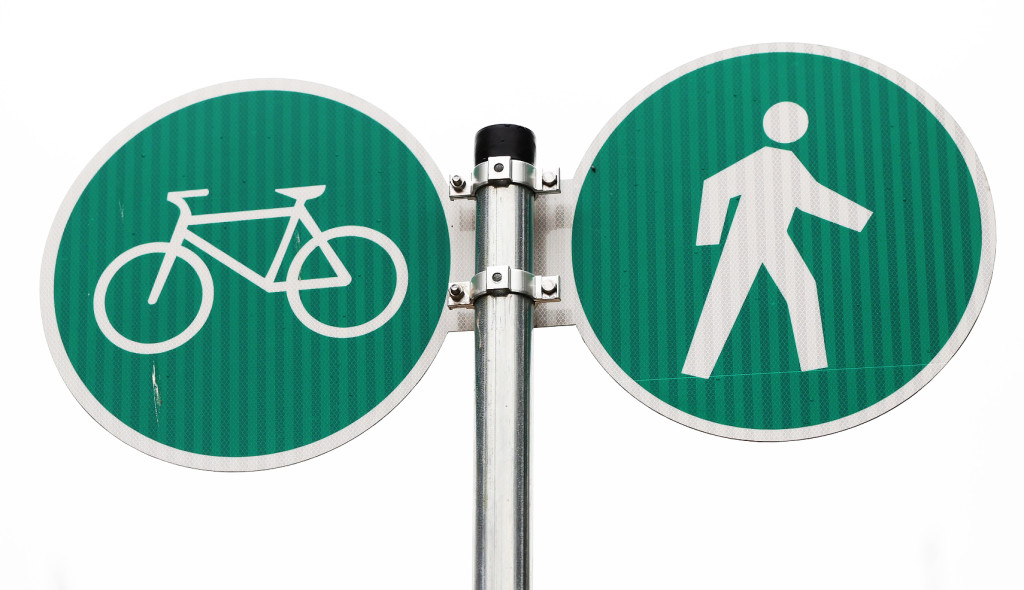 Community. Opportunities. Connectivity. This is what Fort Wayne’s trail system symbolizes: connecting community members to parks, local businesses and each other. November marked a milestone – the completion of the 100th mile of trails in Fort Wayne. This completed the Six Mile Creek Trail, which connects the southeast side of Fort Wayne to New Haven.

Fort Wayne’s trail system began in the 1970s, initiated by the need for recreation in the city. It began with a humble four-miles spread out near the rivers within the city limits. By the 1980s, when Mayor Helmke was in office, the trails were tied into the parks department, which enabled them to pick up some turf, leaping up to just over 12 miles by the end of the decade.

By 2000, Mayor Graham Richard turned the trails over to Fort Wayne Public Works, which allowed for more rapid growth through funding and relationships with developers and utility companies. Public Works sought out opportunities to work with business and home developers, as well as the utility companies, to share resources to help expand the trail system even more.

When utility companies were putting in new gas or electrical lines, they donated the gravel and foundation to build the trail, in turn helping to save taxpayers money in the long run. The same went for building projects and housing developments.

Since more people are looking for trails to be able to commute to and from work, donating an easement can help boost business as well as increase property value. Sometimes these opportunities took time to present themselves, which is why some development projects for the trails took a while to come to fruition.

A perfect example is the Rivergreenway extension to Shoaff Park. This project is 30 years in the making through the Greenway Consortium as part of the parks department’s master plan for the Rivergreenway. This extension has had four phases, and AEP has been a big partner in this last phase of development.

Public Works is paving the construction road AEP created by the Plex and Hefner Park to connect patrons to Shoaff. The biggest challenge with this project was getting pedestrians safely across Coliseum, which in 2009 was remedied by having the trail pass under Coliseum on the east riverbank.

Now the trails have shifted from solely recreational purposes to serving as a form of safe transportation, and Mayor Tom Henry has dedicated over $11 million into their development since taking office in 2008. Connectivity is a major factor in the trails with 1600 miles of sidewalks and more than seven miles of bike lanes and sharrows on the streets helping connect users. Fort Wayne Trails, 300 E Main Street, 260.969.0079, fwtrails.org