Thespian reconnects after a spiral 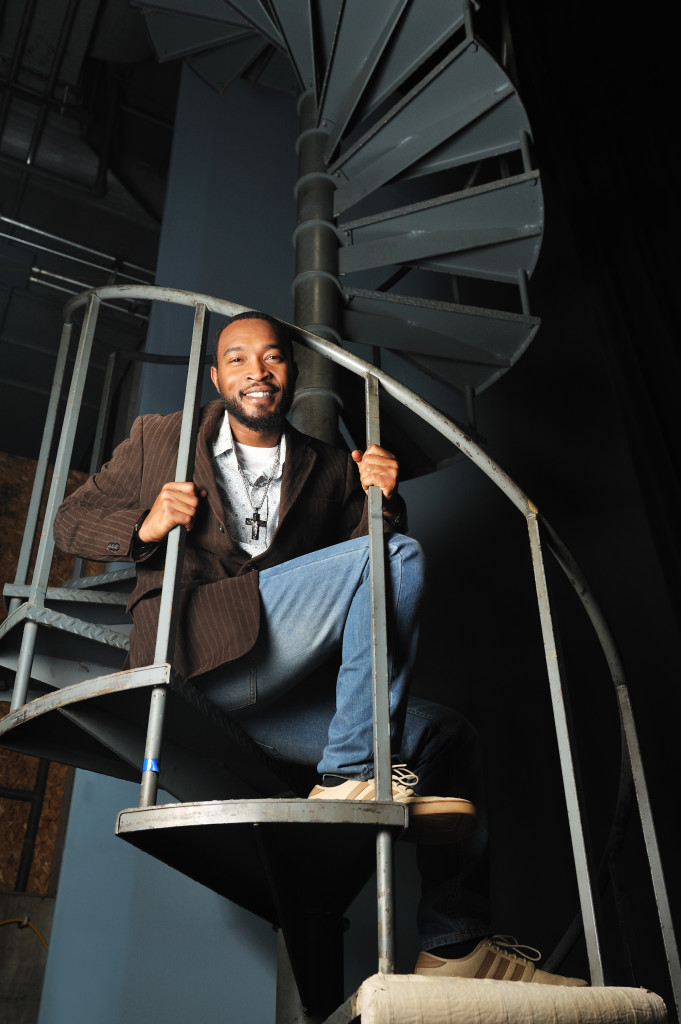 He was unsure about the leap.

Ennis L. Brown II was already active in show choir at Bishop Luers High School when his cousin urged him to audition for a summer production of “The King and I” at Harding High School. It was musical theater, something different, but once he gave it a try he knew immediately he had found something special.

“I felt a real connection to the people,” Brown said. “I’m not saying I’m a weird guy, but maybe I am just a little. But theatre people are all a little different from ‘normal people,’ so I was happy to find out that theatre people were all a little weird and quirky like me. In theatre you can be whoever you want to be, and during those three hours of rehearsal, any stress or anything you’re going through can be put away for that time.”

Brown continued to pursue opportunities in community and high school productions, encouraged by a teacher at Bishop Luers to develop his singing talent. He attended the University of Southern Indiana on a show choir scholarship, eventually deciding to major in performing arts. But after graduation, the real world intruded, and he took an extended hiatus from the theatre.

“I haven’t really talked about this a lot, but when my grandmother passed away, I gave up a lot of the things that she enjoyed me doing,” he said. “I didn’t have that connection to her anymore, and I kind of spiraled down for awhile.”

That all changed suddenly when Brown noticed that the Civic Theatre was holding auditions for “Joseph and the Technicolor Dreamcoat,” auditions that were taking place that very day. With such short notice, Brown first dismissed the idea of auditioning, but the seed had been planted.

“The auditions were just two hours away, and I thought ‘No, you don’t do theatre anymore, so you’re not prepared,'” he said. “But I was driving downtown, heading to Burger King, and was so close to the Civic. So I went in, and I wasn’t prepared at all. I didn’t know anyone. I did my song a cappella because I didn’t have any music, everyone else had music. And I was cast in the ensemble.”

His love of theatre and performing reborn, Brown went on to appear in other local productions, and for his performance in “Working,” he won an Anthony Award, which he dedicated to his grandmother. Roles as diverse as Dr. Martin Luther King, Jr. and Judas followed, and this year brought him high profile roles in Civic productions “Memphis” and “The Little Mermaid,” in which he played the popular Sebastian. He’s focusing on film work this year and has already completed one, “Apologies to the Tree,” which will likely open at Cinema Center later this summer.

In the meantime, he credits theater for keeping him grounded and focused and enjoys sharing that with a new generation. Ennis Brown III, the younger of Brown’s two sons, is four and already catching the performance bug.

“He comes to rehearsals and knows everyone, and he’ll remind me to study and tell me to grab my book. So he’s already getting into it.”