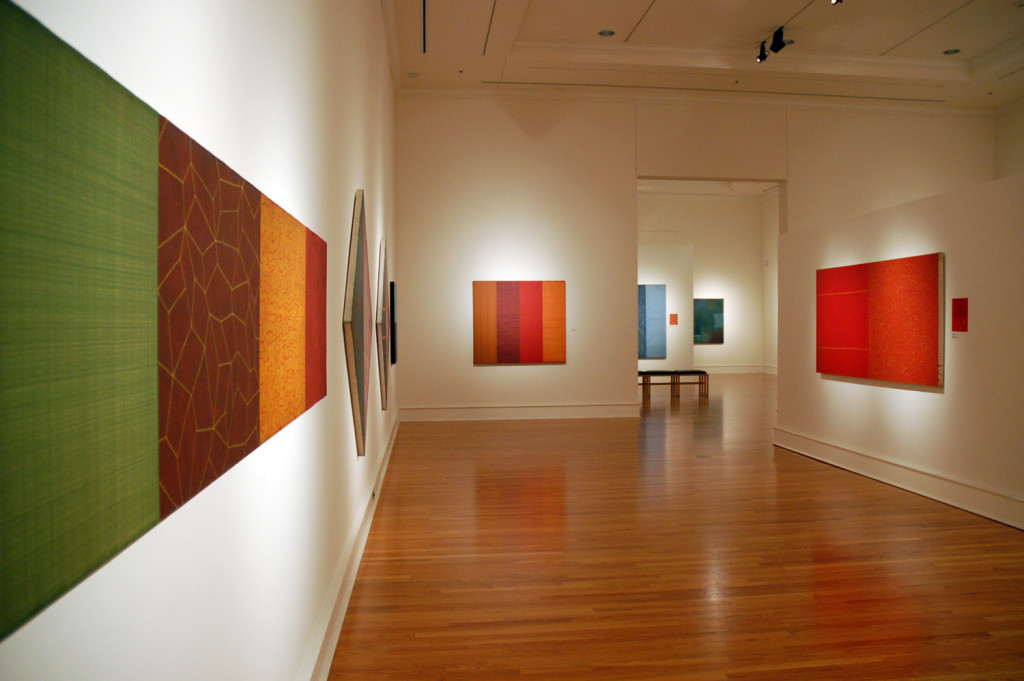 When he died of cancer in 2014, artist David Shapiro left behind a prodigious catalog of work as well as a widow, Yara Trokel, who, not herself a member of the art world, was unsure how to best preserve his legacy and work. In poor health herself, Trokel was anxious to share what her husband had accomplished with the world.

While it might be hard to imagine, the answer to Trokel’s concerns was the Fort Wayne Museum of Art. As it happens, Charles Shepard, the executive director of the museum, had already formulated a long-term plan for the museum’s collection, one that would honor many of the artists Shepard knew in the 1980s during his time in New York City. Shepard hoped that, by reaching out to artists of his generation, he could help preserve their legacy while building an important place for Fort Wayne in the art world.

“We started a program a few years ago to focus on blue chip artists who are from the 80s and still working but not necessarily in all the hottest magazines or reviews,” said Shepard. “We started asking them ‘What is going to guarantee your legacy? Will your work go to a university or archive?’ Of course a lot of them weren’t thinking about that yet, but we did hear from Steven Sorman, who was David Shapiro’s best friend, and [Sorman] donated 200 of his pieces to preserve his legacy.”

When Trokel heard about Sorman’s gift to Fort Wayne, she too wondered if that might be the answer to preserving her late husband’s work. Not in financial need of selling the collection, and unwilling to see the work scattered across the country, Trokel told Shepard that she decided to donate the entire collection to the Fort Wayne Museum of Art. That turned out to be the easy part. More complicated was the actual transfer of the collection from Shapiro’s New York City studio.

Shapiro’s studio was in Hell’s Kitchen in Manhattan, an area rife with artists trying to make it in the competitive art world. Working just a few blocks away was painter Douglas Florian, who met Shapiro in the 1980s. The two formed a friendship and visited each other’s studios regularly, providing Florian with a trusted mentor and friendly critic. He sees Shapiro’s work as something unique in an increasingly commercial atmosphere.

“His work is special in that it’s genuinely spiritual in nature,” said Florian. “It goes deep into the matter of things. It seems especially lately many artists are very superficial, using technique for technique’s sake. But even though David’s work is abstract, it is still very spiritual. There’s a timeless quality, but a sense of time and space. And his work kept evolving.”

Shapiro and Florian shared not only a deep respect and friendship but also an approach to their painting.

“We were both interested in the same issues,” said Florian. “The power of shape, texture, the power of lines. How can a line have different qualities? How can you do more with a layering of lines? What’s the grid beneath those lines? Lines are more sculptural, but David could beautifully hold it all together so that it was very organic, never contrived.”

John Hrehov, chair of the fine arts department at IPFW, agrees that Shapiro’s work is timeless and an important contribution to the late 20th century art world.

“I see the work’s focus to be on elegant, minimalistic beauty. There is no expiration date on beauty,” said Hrehov. “Shapiro fits into a tradition as well of Color Field painting, which began in New York in the 1940s and 1950s with artists such as Mark Rothko, Barnet Newman and Robert Motherwell. All of these artists were interested in simple abstraction and color. Working on a large scale also makes the works by these artists special, most of the works measuring over six feet. Shapiro also fits in with what’s known as the Washington Color School, which includes such artists as Gene Davis, Kenneth Noland and Moris Loius. The Washington painter Alma Thomas is also associated with the Washington Color School, and the Fort Wayne Museum of Art owns a beautiful example of her work, the painting ‘Wind Sparkling Dew and Green Grass.'”

Florian was unaware of Shapiro’s cancer diagnosis and, after Shapiro’s death in 2014, he was concerned about his friend’s legacy given Shapiro’s lower profile in New York.

“David’s work was shown in many galleries around the world, and he had some successful shows in New York,” said Florian. “But getting a studio in New York is very dog-eat-dog, and getting into galleries here can be very difficult. There are all sorts of practical matters to consider, and David just didn’t get support from New York galleries. I really hope that your museum can help establish him in people’s minds.”

Shepard too hopes that the museum can help spread the word about Shapiro’s work. A small portion of the collection is currently on exhibit through February 4, 2018. “Shapiro has a few other Indiana connections to explore, having earned his master’s degree at Indiana University in 1968. While our museum can help put Shapiro on the map, a collection like this can also put Fort Wayne on the radar around the country,” said Shepard.

“The gift itself is unique – amazing actually,” said Hrehov. “The long-term significance will be the ability for scholars researching 20th-century American abstraction to find the Fort Wayne Museum of Art as a primary destination. Scholars and the general public alike will have the unique opportunity to see a large volume of Shapiro’s works in one place. With this size of a body of work, a viewer can better grasp an artist’s intent and progress over time. This opportunity allows a rare perspective on seeing art that looking at one or two paintings at a time does not allow.”