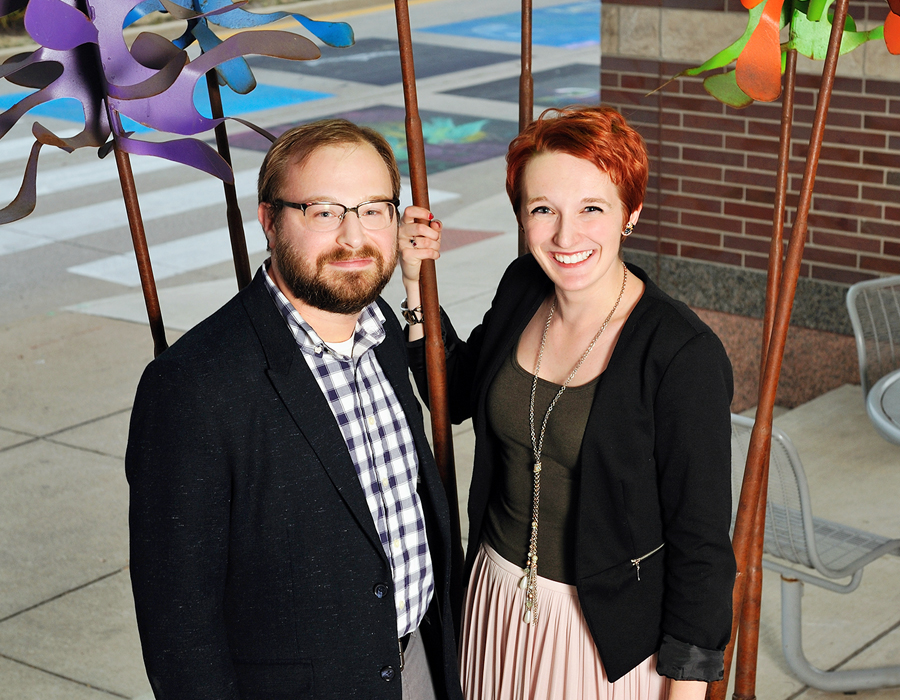 IPFW’s Department of Theatre is a significant contributor to talent in the area, with many of its graduates staying in the community or returning after seeking new experiences in larger markets. The city now has an expanding theatrical offering thanks in no small part to many of those graduates, one of the newest being Shakespearemachine, a theater company founded in recent months by two of those IPFW products, Halee Shutt and Nick Tash, who serve as co-artistic directors.

“Nick and I met at IPFW three or four years ago and quickly realized we both had a great love of Shakespeare, so we quickly bonded over that,” Shutt said. “We did a few projects together then, but he moved to Chicago for a while. While he was there, he came up with a business model and brought it to me about a year ago and said ‘I think Fort Wayne could be ready for something like this, and I’d like for you to be involved.’ And of course I just said, ‘Let’s do it.'”

Together they began acting on Tash’s business model and moved slowly, gauging local interest in a company devoted to the works of the Bard. They recruited theater friends, fellow IPFW alum Tom Beckner and Taylor graduate Taryn Weiland, to serve on their board of directors. Their first production, “A Comedy of Errors,” was presented in May.

After an enthusiastic response to that show, they plan to announce a two-production season in 2016-17, with one of the Shakespeare tragedies in the late fall and another show next spring (details will be announced at www.shakespeare-machine.org and on the company’s Facebook page). While they welcome fans of all generations, Shutt said, one of their primary goals is to bring Shakespeare to a younger audience, one which may feel less affinity for the plays.

“We’re hoping Shakespearemachine opens up these works to a younger audience, maybe a new audience,” Shutt said. “After our production of ‘A Comedy of Errors,’ people came to see me and said, ‘I never really liked Shakespeare, but that was hilarious.’ And that’s exactly what I want to hear. That’s really our big goal, to make sure Shakespeare stays alive, stays wanted, stays current so that a new generation will keep wanting those plays.”

Another fresh aspect of Shakespearemachine will be the use of masks in the performances, which brings a dynamic challenge for the actors and the audience.

First appeared in the August 2016 issue of Fort Wayne Magazine.