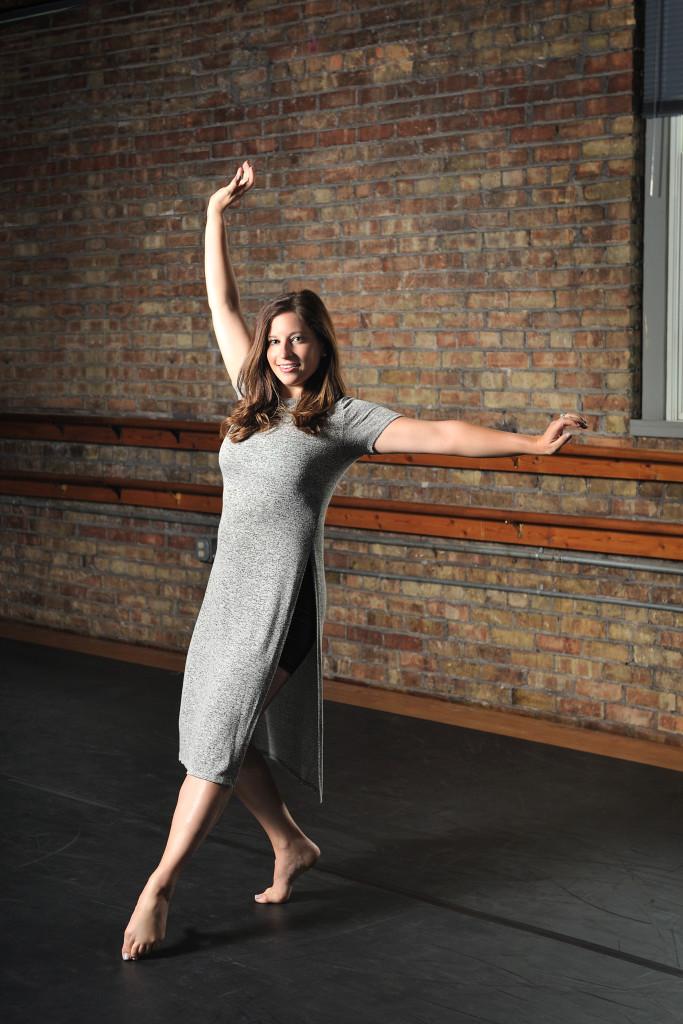 Born and raised in New Orleans, Mandie Kolkman came to Indiana to pursue a dual degree at Butler University in Indianapolis. Merging the creative with the practical, she opted to study both dance performance and arts administration, which provided her with a backup in case performance didn’t pay the bills. She served her arts internship at Fort Wayne Ballet and would likely have left Indiana for good had it not been for her marriage to a man who is firmly rooted in the area.

Almost five years after the wedding, Kolkman is an intregral part of the city’s arts community, having been hired in March to serve as artistic director of Fort Wayne Dance Collective. The years in between provided time to cultivate a skill set that proves perfect for her new role.

“For four years I was event director for the Philmore on Broadway, which was a great experience,” Kolkman said. “I got to meet a lot of event planners and vendors in the area, and I found out what a friendly place Fort Wayne is. What I love about Fort Wayne is that it’s a small town, but the people here dream big and work hard to be successful in their pursuits.”

In addition to her work at the Philmore, Kolkman hosted an arts podcast and planned arts advocacy events, providing a safe space for artists to share their work. She also oversaw the dance collective’s Healing Arts collaboration with Parkview. She has also continued to perform, even taking the Foellinger Theatre stage with Weird Al Yankovic, playing a cheerleader during his “Smells Like Nirvana” performance.

As she continued to gain experience and make connections in her new hometown, her opportunity to put it all together in a new position was taking shape. In Decemeber, when John Byrne, who took over as artistic director upon Liz Monnier’s retirement, accepted a new position elsewhere, Kolkman was named interim director in December. Three months later the position was hers officially, and she is anxious to continue to make the Fort Wayne Dance Collective a force in the community.

“I’m a firm believer that the arts is a great tool for economic development,” she said. “The more the arts grow in Fort Wayne, the more unique events we offer, the larger the crowd we’re going to attract.”

Kolkman said her personality suits the demands of her new job.

“I am a prolific creator, and that’s not always a good thing,” she said. “I have ideas all the time, and I pursue them all, whether they’re good ideas or bad. But I’m now in a position where I can create, and I have a team put in place to help me make it work. I want to help others to have the opportunity to create and help them to reach their goals.”

Kolkman has had access to both Monnier and Byrne for advice, and said each director brought a unique vision to the organization, and she hopes to find her own path through their successes. She said Fort Wayne Dance Collective has a lot to offer the community and looks forward to helping chart that course.