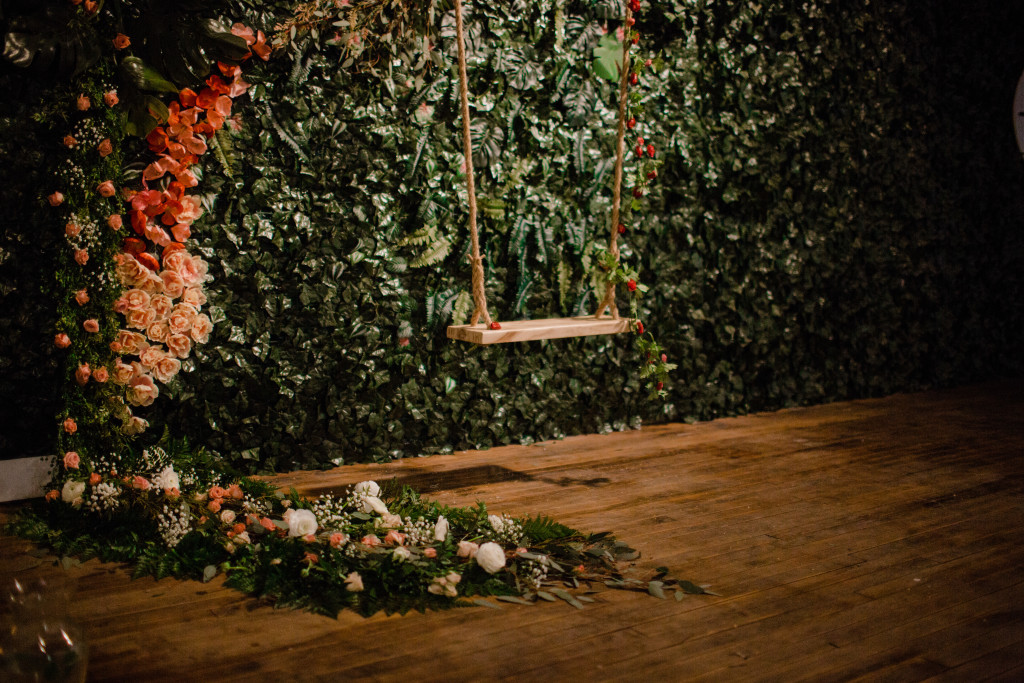 It will catch you off guard when you’re driving through — new murals brandishing the north and east sides and its motley flower-strewn patina on the courtyard gate. Such an exterior hints at an equally refreshing and surprising interior. Hard to believe it’s only been five years since the Wunderkammer Company opened on the city’s south side; yet in that time, the gallery has had an impact on countless artists, residents and organizations.

Its full story, however, goes back even further. Wunderkammer started as an organization in 2007, and between 2007-2013 it existed through pop-ups, both locally and nationally. And while its 10th birthday was on October 28, 2017, the current season is its 10th, which is more appropriate in art world terms for celebrations.

The final show for the 10th season celebration provided visitors a three-fold experience. Viridescent by local artists Ruth Yaro and Eden America is a combination of photography and installation pieces in the intimate back gallery. Mark Braster, a local graphic designer and art director presents I’ll Call You Back Later in the middle gallery. And finally, in the front gallery, several artists, designers and brands that have supported the gallery over the last ten years offer a series of pop-ups. “We view these exhibitions as a great way of looking back and celebrating, while also looking forward by highlighting artists we hope to work with more,” said Dan Swartz, founder and curator of Wunderkammer Gallery.

Yaro views Wunderkammer as wonderful places to bring her vision to life. “The city provides support and opportunities that are not often readily available in other cities,” she said. “It has a lot to do with the people who want to see Fort Wayne be a thriving city. There are people here willing to work to make that happen.”

Looking to the next ten years, Swartz is not overly concerned with what is to come. “We honestly haven’t had the time to really project too far into the future, but we always say that we are attempting to make people feel comfortable with feeling uncomfortable. So people should expect a lot more weirdness, and not just at this location or these types of art forms.” The final exhibition of Wunderkammer’s 10th anniversary season will be on view April 13 – June 3.