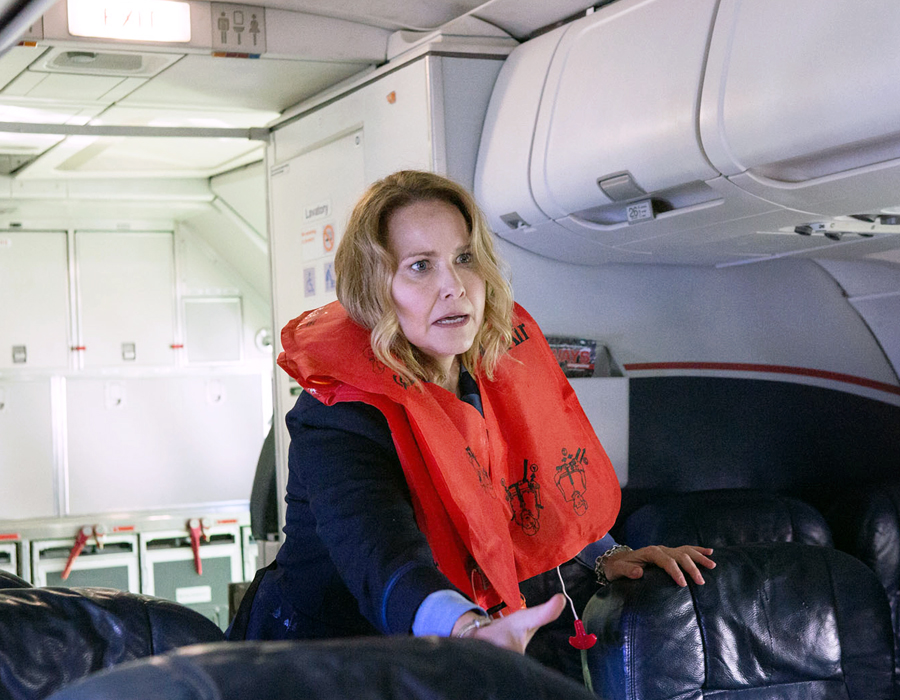 Before she was guest starring on shows like “Murder, She Wrote,” “The Golden Girls,” “Diagnosis Murder,” “Columbo” and “Grey’s Anatomy” – and rubbing shoulders with stars like Angela Lansbury, Dick Van Dyke, Peter Falk, William Shatner and Betty White – Molly Hagan was a teenager growing up just outside of Fort Wayne. Born in Minneapolis, Hagan moved here when she was 4, after her father, a commercial illustrator, accepted a job as art director for Eckrich. Though the job lasted only four years, Hagan’s family remained in Fort Wayne, where Molly pursued her interests in performing.

“I always put on plays for my family,” Hagan said. “I really wanted to be a ballerina, but we couldn’t afford dance classes. But acting out all the time didn’t cost anything.”

By the time she was at Wayne High School, Hagan did try out, and was even cast, for a role in one the school’s productions. Then she tagged along with a friend to a Civic Theatre audition for “Equus,” tried out and won a role. Things didn’t go particularly well when she dropped out of the Wayne play.

“I told the drama director, and he literally said, ‘You’ll never work in this school again,'” she laughed. “Of course it wasn’t funny at the time.”

That high school blacklisting didn’t hinder her for long. After graduating from Wayne, Hagan went on to study drama at the prestigious Northwestern University program, which boasts graduates like Charlton Heston and Heather Headley (also from Fort Wayne). By the mid-1980s, she was working steadily, with one early coup landing the role of young Miss Ellie in the “Dallas” prequel, “The Early Years.” With well over 100 credits in film and television in the last 30 years, Hagan has worked in some fairly iconic company, and she has a few favorite experiences among those efforts.

“‘Herman’s Head’ was great because Kenny Campbell had come from Second City, and we got to do a lot of improvisation. We had a script, but we were really able to have a hand in the show because of the stuff we came up with on our own. I loved doing the Jerry Springer film ‘Ringmaster” because Neil Abramson really shot it like a documentary with handheld cameras, but the cameras were still so big then. It really was like having a fly on the wall as the camera followed you around. And I enjoyed ‘Election’ and working with Alexander Payne. The script was so good, and it was just so easy because he always let you know what he wanted.”

A more recent experience was making the film “Sully,” released in September (and available soon digitally and on home video), which told the story of the 2009 emergency landing on the Hudson River by Capt. Chesley Sullenberger and the aftermath. It was directed by Clint Eastwood and starred Tom Hanks in the lead role. Hagan played flight attendant Doreen Welsh, a role which gave Hagan insight into what the people on the plane endured that day.

“Doreen Welsh went through hell, but she’s a hero for getting people out. There was so much going on that their training just kicked in. All the things they were told to do in that situation just kicked in.”

With her parents gone, Hagan no longer returns to Fort Wayne but has fond memories of the city where she got her start.

“I loved the Civic Theatre,” she says. “It’s a great stage and a great building, and I got to do a couple of great plays there. Fort Wayne is a great little town. I liked where I went to school, and we lived outside of the city and it has so much green area. I loved growing up around the farmland and looking outside and seeing corn and soybeans growing.”