Roanoke's clerk-treasurer gets back on stage 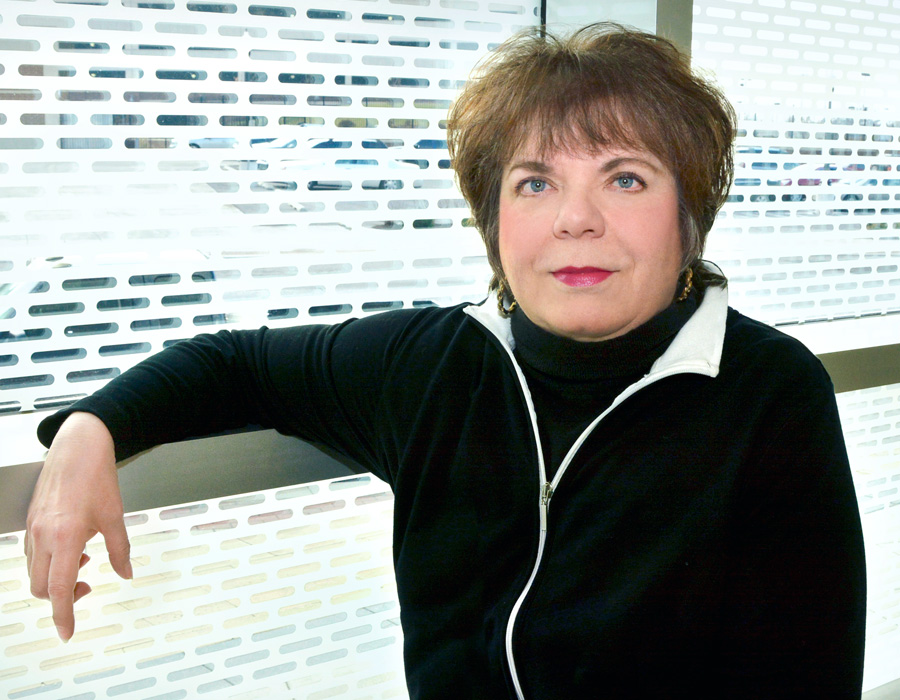 Enticed when she was young by the early work of Barbra Streisand, JoAnne Kirchner has long been drawn to the world of theater. Growing up in Muncie, she opted to attend Indiana University in Bloomington, and though she majored in secondary education, she filled her elective requirements with theater classes and served as assistant student manager of IU’s theater, providing her free access to the performances. Active in singing groups and behind the scenes, she continued her love of theater and performing into adulthood. Then, as happens to many when responsibilities come calling, she stepped out of the spotlight to raise her daughter Kate and work full-time in retail, which demanded long hours, busy weekends and travel.

But her dreams of the stage were merely deferred, and Kirchner has picked up steam in recent years, most recently appearing in the Civic production of “Over the River and Through the Woods” at ArtsLab and in a production of “The Vagina Monologues” to benefit the Fort Wayne Women’s Bureau. A rather dramatic shift in her career provided her the free time to spend at rehearsals.

“There was an opening in Roanoke for the clerk/treasurer job, so I ran for office and have won the election four times now. I’ve been in that job for 19 years and plan to run again next year. I like the job, and I like making a commitment to public service. And now that I’m not in retail, I have my evenings and weekends free, which made it possible for me to get back into theater.”

Her now-grown daughter is her biggest cheerleader, she said. She has also been heartened by the support of the theater community.

“Once I wanted to get back outside a bit and started auditioning, it was intimidating because there are a lot of wonderful, talented actresses in Fort Wayne. But the theater groups here have been so welcoming. Jeff Moore has been especially wonderful to work with as a director. For me the theater is all about a learning experience. My degree is in teaching, and that’s what I’m looking for when I’m involved in a show. The rehearsal experience is like a vacation for me.”

Her upcoming project has been particularly educational. In April, Kirchner is set to appear in the “Veteran Spouse Project,” a show pulled together by Greg Stieber. Having spoken to the people whose stories will be told through the project, she is especially anxious to share their lives with audiences this spring.

“I’m learning from every experience I have, whether it’s on stage or backstage. I’m learning from teachers – fellow actors, directors, stage managers. And you know, I’m a senior citizen now, and I think it’s a wonderful hobby. It’s a great outlet, and I think other people my age should consider trying it.”

First appeared in the March 2015 issue of Fort Wayne Magazine.