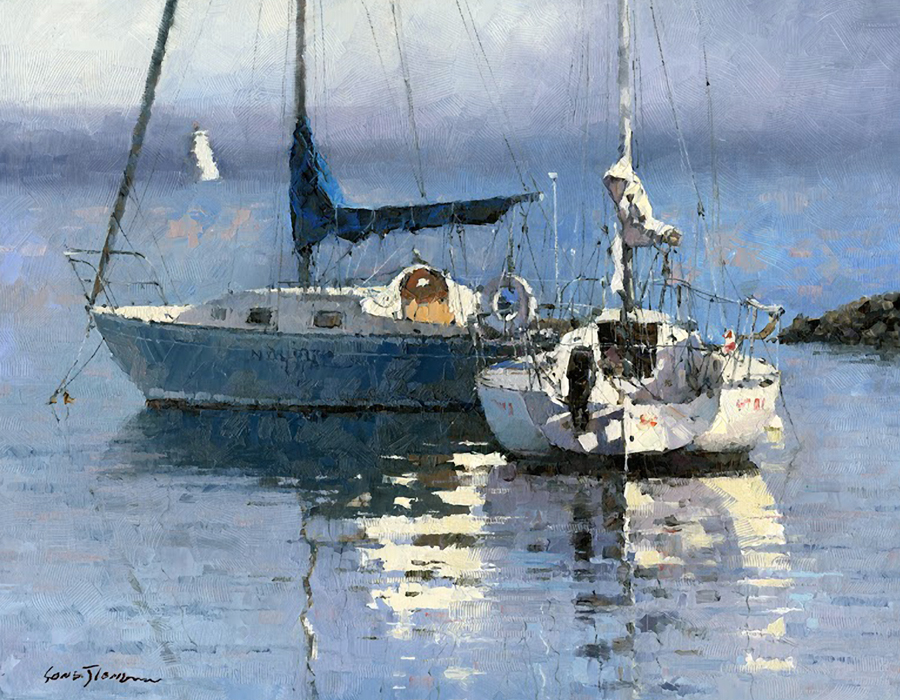 A cat and a dog and a man and a woman live there.

So, on its face, even the co-owner of the Castle Gallery admits it might not exactly be the most traditional place for a national art show.

But, then again, there might be no better place for the Oil Painters of America’s 2016 Salon Show than the 10,000-square-foot West Central Neighborhood home, especially given the roots of the art form in Indiana.

“Indiana’s artists are legendary,” said Jody Hemphill Smith, who resides in and owns the gallery with her husband, Mark.

For nearly a month beginning Sept. 30, the gallery will house roughly 300 works from associate, signature and master members of the Oil Painters of America, an organization of artists from the United States, Canada and Mexico.

The salon show will be juried by five members of the Oil Painters of America and will award a minimum of $12,000 in merchandise and cash rewards.

Officials with the organization chose Castle Gallery to host the show after visiting the Romanesque-style building at 1202 W. Wayne St., which is listed on the National Register of Historic Places.

“They really found it refreshing when they found our gallery,” Hemphill Smith said. “It’s a house. We live like a normal couple. We have a cat and a dog. But they picked one place in the country to do this.”

The Smiths met in the West Central neighborhood 41 years ago and are now permanent fixtures along West Wayne Street. They converted the home into a gallery in 1995 for one simple reason: So local artists would have a place for people to see their work on a regular basis.

Today, every floor of the home is covered in some form of high-level art – all of which will need to be taken down in preparation of the roughly 300 pieces that will be included in the Oil Painters of America show.

While Hemphill Smith noted she and her husband had to think about hosting the show at first – the prospect of clearing out the current art loomed large – the development and enthusiasm happening downtown made it very much a no-brainer.

“We think it’s real important people realize how wonderful the art world is in Fort Wayne,” she said.

A handful of painters will go out to various parts of the city the day before the showing begins as part of a “paint out,” she said. There will also be demonstrations from other painters.

This show coming to the Hoosier state, though, harkens back to a historic time for Indiana – at least for enthusiasts like Hemphill Smith. Led by T.C. Steele, several Indiana oil painters became well-known for their Midwestern landscapes in the late 19th and early 20th centuries.

Now, after big annual shows on the east and west coasts, the Oil Painters of America bringing a national show back to the Midwest is somewhat poetic, she said.

“The Midwest was kind of being left out, but now they’re coming to Indiana to paint,” Hemphill Smith said. “Now it’s come full circle.”