Jeremiah Paden finds his footing on the stage 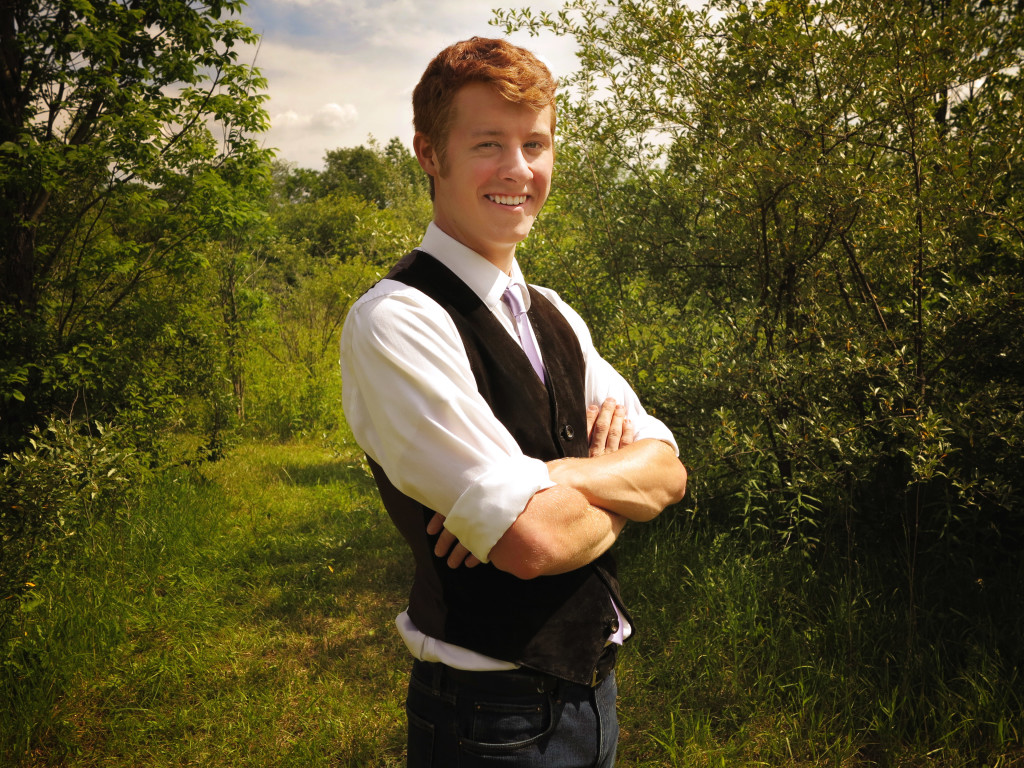 A homeschooled youngster with eight siblings, Jeremiah Paden’s introduction to theatre came through seminars in Fort Wayne — something he admits he did not enjoy at the time. But then, when he was 12, another opportunity popped up with the group Audience of One.

It completely changed his attitude.

“I was a different person by then, had grown up a little,” said Paden. “I was more open to being around people, and Audience of One was such a great community.”

Soon after, he got involved in more drama camps and also began performing with Fort Wayne Youtheatre. A role in Little House on the Prairie: Mary’s Story put him on a stage in front of an audience and also opened him to a diverse population of fellow child actors.

“It was the first time I was around a lot of non-homeschooled kids, and it was a very different culture,” he said. “I think one of the great things about theatre is how it brings so many different people together.”

Despite his reluctance to pursue theatre when he was younger, Paden has quickly found a comfortable niche on the stage.

“It’s just fun all the time to perform and be an entertainer. It’s great to make people laugh and perform in roles that have different viewpoints. There’s a whole other world out there, and I get to experience it through the theatre,” he said.

Through Fire & Light Productions, which performs at the Salvation Army Community Center on North Clinton Street, Paden has performed in shows as diverse as Robin Hood and Our Town. But it was perhaps his spring performance as Mercutio in all for One’s production of Romeo and Juliet that really displayed the breadth of his talent in both comedy and drama.

“That was my second time working under Lauren Nichols, who is my favorite director of all time,” he said. “I was able to learn new layers of character building. When she told me what she wanted to see, her vision allowed me to start painting that character. Plus I had a lot of friends on the stage, so it was just a great experience.”

Having finished his studies in May, Paden is now preparing to leave for Greenville, South Carolina, where he’ll earn an associate’s degree in Biblical Studies at the Evangelical Institute of Greenville. But the area also has an Academy of the Arts, where Paden hopes to continue his theatrical studies. Although he’ll be away from Fort Wayne for most of the next couple years, his plan is to eventually return to pursue more and varied theatre experiences.

“I do plan to come back here, maybe go to college to study drama,” he said. “I’d also like to become a director in the local community. I’d like to do some directing with my church youth group at Broadway Christian Church work some more with Fire & Light. I guess I really prefer acting, but with directing I can be part of every aspect of the show. And I’d love that.”