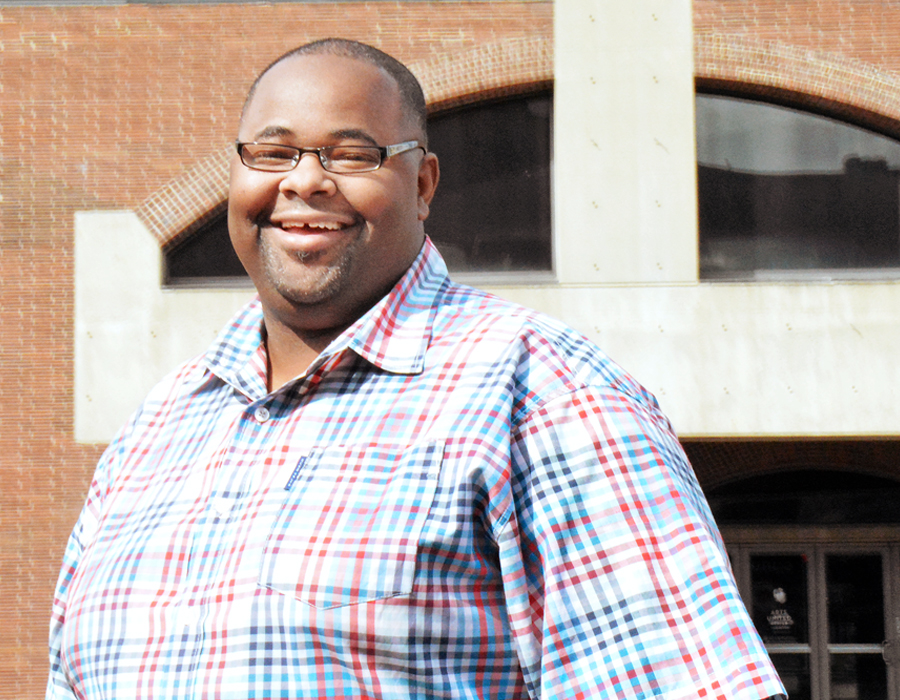 Performance seemed to be in Albert Brownlee’s blood from the time he was a young boy. Already a veteran of church and school plays, Brownlee was a member of the Fort Wayne Children’s Choir and active in the arts at Weisser Park Elementary School. It was on a trip for FWCC that Brownlee was told by a fellow member that he should audition for a play produced by Fort Wayne Youtheatre. Cast as one of the leading characters by the legendary Harvey Cocks, Brownlee quickly became active in Youtheatre and found his calling.

“I went to Paul Harding High School – the good one, not the one that closed down – and was active in the theater there, then went to a college theater department and was featured in a number of shows there. My senior year I decided to take a stab at Broadway.”

His college, Clark Atlanta University, put him in a city that offered national auditions and put him in line for some bigger opportunities. Ultimately, he opted to follow a different career path which led him to a second bachelor’s degree and a master’s in business administration at Indiana University. Although he spent a few years in California, he moved back to Fort Wayne in 2004. Now married and focusing on his career, he decided to put theater on the back burner. That all changed with one particular production at the Fort Wayne Civic Theatre.

“I didn’t get actively involved again until 2012, when the Civic did ‘Dreamgirls,'” he said. “I was excited that there was going to be a show with a minority cast, and my wife also was cast in the show so we did it together. We discovered that we really enjoyed that.”

They did a few more shows together in the following years, and Brownlee realized how much he had missed time on a stage. Although juggling family and a job where he’s CEO of Genesis – a social service agency which helps find housing for homeless individuals and families – he decided to take on more roles and in 2014 began a steady stream of local productions. Performances in “The 25th Annual Putnam County Spelling Bee” at the Civic, “Jesus Christ Superstar” at the University of Saint Francis, the Civic’s annual Playwright Festival and “Holidaze” and “Ruby Bridges” with Fort Wayne Youtheatre have kept him busy. It has also helped him cope with some challenges – his father’s cancer diagnosis and the death of a childhood friend – as he was preparing for a performance.

“One of the things I love about performing is that you can take that opportunity to make people smile or just to escape their own lives and troubles for a couple hours. When my father was diagnosed with brain cancer, I was halfway through the production of ‘Jesus Christ Superstar,’ and it was a good escape for me, too. Sometimes you can make an audience laugh, but sometimes you make them cry or think. After ‘Ruby Bridges,’ people in the audience were crying, and some of the actors and actresses would cry after doing those scenes,” he said, “so you can escape or you can share something really special and share the journey with all of these people.”

First appeared in the May 2016 issue of Fort Wayne Magazine.