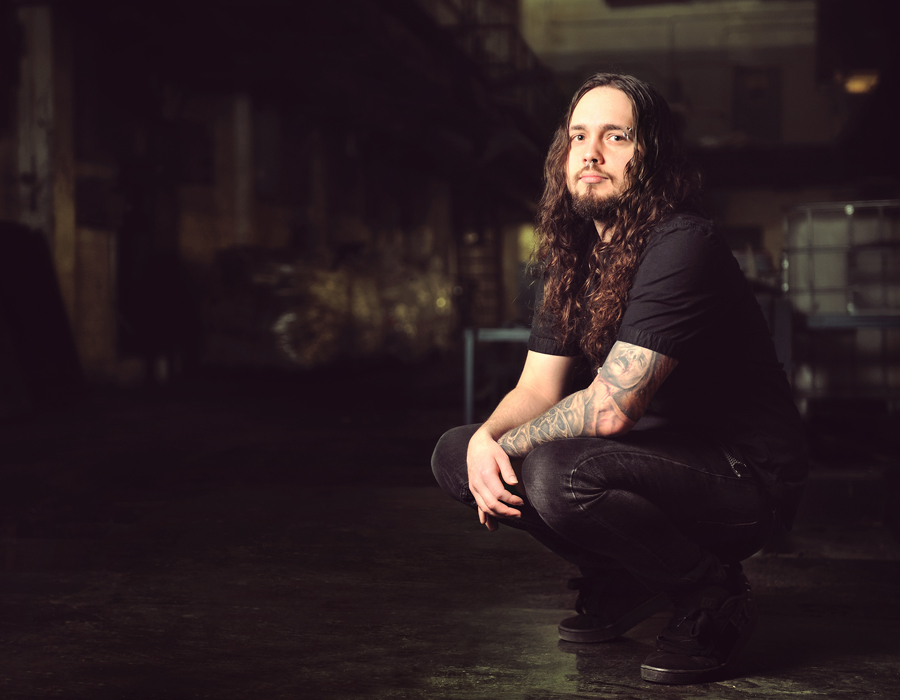 Having formed over a decade ago, metal band Zephaniah took a hiatus in 2010 and didn’t plan to get together again. But interest from outside the band – and even outside of Fort Wayne – gave it new life.

“We had stopped completely, and, as far as we were concerned, it was over,” said guitarist Justin Zych. “But in 2014 some Midwest promoters asked if we’d like to play some shows, and we got great reviews so we decided to keep going.”

Zephaniah is now comprised of Zych, singer Logan Detwiler, guitarist Shawn Cothron, bassist Ian Bender and drummer Cody Johns. To make the reunion and new lineup official, they released a new album last February, and it’s caught on worldwide, with sales in Japan rivaling that in the U.S. Their growing profile caps a few years of ups and downs, but when Zych first formed the band, it was less about international glory than pursuing his own passion.

“I was into thrash metal and wanted to get together a power lineup,” he said. “I don’t like to define what the band is going to be until we start writing together, but we were definitely into thrash and good melodies with strong vocals.”

After a few years together, Zych said, problems within the band began undermining the music.

“Ian left, Logan had taken off. It started losing its thunder for me, and I was the last main guy left, so I just quit from there.”

Zych spent the next few years playing with other bands and pursuing other avenues within the music business. But since the new Zephaniah began taking shape in 2014, Zych has seen his original vision come more keenly into focus. He says working with Detwiler during that hiatus helped him see new possibilities, even if it wasn’t necessarily returning to their own band.

“I had been working with Logan again in another band, and working with him felt good. So when the promoter came along and asked if we could play, it was at that point more nostalgia and getting the original lineup back together.”

Once he saw the results of that trip down memory lane, Zych saw more possibilities.

“Since the new members came in, we’ve gotten more progressive, more technical. It’s been great because I feel like we can create any kind of music, but it’s always going to be some kind of metal because that’s what I’m passionate about.”

Zych said maturity has them thinking more about bigger issues beyond the music – budgets, management and making money rather than just playing out. Having sold 500 copies of their 2016 album, “Reforged,” in the U.S. and another 600 in Japan, the band plans a third album.

“We’re getting more and more connected in the metal world, and we can sell our merchandise to a larger audience now,” he said. “And our music and our production is getting better all the time.”

First appeared in the February 2017 issue of Fort Wayne Magazine.