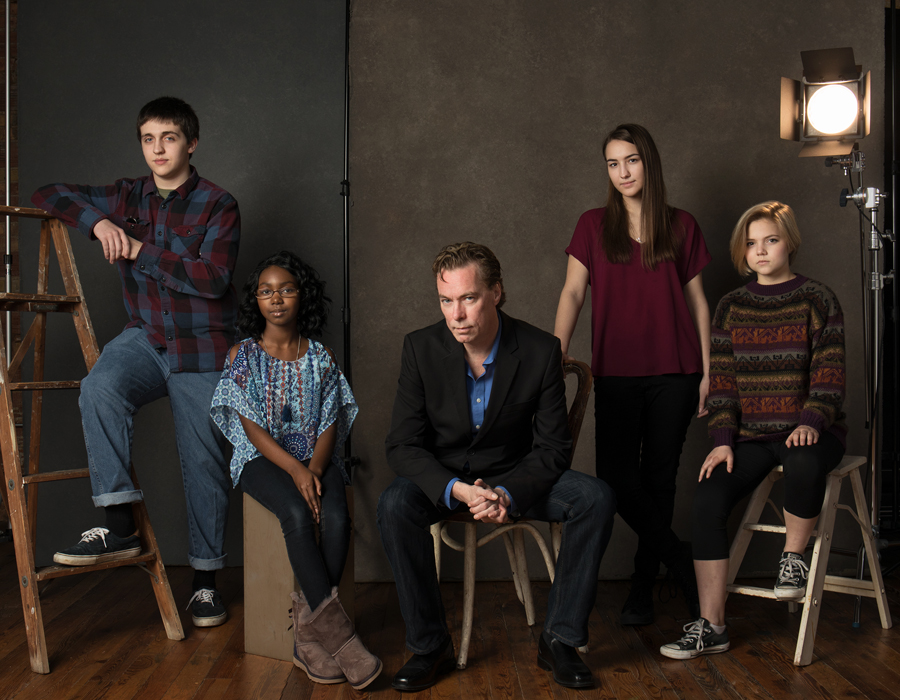 Having moved from Iowa to Fort Wayne as a boy, Gregory Stieber attended Northrop High School, a school with a rich tradition in theater. By the time he attended IPFW, he had decided he wanted to be an actor or a lawyer. His first acting class set his course, but not in the way one might assume.

While he assesses his acting skills now as “OK,” his first acting class taught him he vastly preferred directing his classmates’ endeavors to preparing his own.

A break from his college studies proved even more enlightening when courses with  IPFW professor Steve Sarratore and visiting faculty Neil LaBute helped him discover the joys of playwriting.

Since that time, Stieber has become one of the most prolific talents in the area. But before he fully secured himself in writing and directing, he found a way to learn more about production and staging in one of Fort Wayne’s busiest arts organizations.

“I had an administrative position with the Philharmonic which gave me a great sense of what was important,” he said. “I learned how budgets were made, how scheduling came about and how to realistically know what’s relevant in the arts. During that time, of course, I missed theater, but when I eventually got back to it, I knew how to write and produce in a way that could actually be done.”

His time with the Fort Wayne Philharmonic also provided key insight into how to produce multi-layered works, something which feeds his desire to collaborate with several organizations at one time.

“A staging of ‘Hamlet’ became something very different. Thanks to the union clock, we can’t have the musicians working for three hours or however long a staging of ‘Hamlet’ might take. So we have to find other ways to move the narrative along to get the story across in a shorter amount of time.”

That training has come in handy in the last several years as Stieber has contributed the four Fort Wayne Youtheatre productions in the Linda Ruffalo Young Heroes of Conscience Series. By featuring young people who have made important contributions to our world – such as Ryan White, Ruby Bridges and Anne Frank – Stieber has written and directed casts of both Youtheatre students and adult actors in plays which have been both moving and powerful. Next year’s play, featuring Harriet Tubman, will continue the series and further allow Stieber to share these stories with local audiences and collaborate with other organizations in town along the way. This month, he’ll get to tackle different material when he adapts and directs Roald Dahl’s “James and the Giant Peach” for Youtheatre’s Fairy Tale Fest.

Tackling these important and engaging stories has allowed Stieber to fulfill the dreams he had in college and to make his mark in people’s hearts and minds through live theater.

“I love rolling the dice on these non-traditional concepts, and the fact that audiences respond and support it is so rewarding.”