When life doesn’t give you lemons

Columnist Nancy Crowe experiences the sweet and sour of trying to grow lemons in a non-citrus state.

Design Week Fort Wayne showcases the wonderful talent we have right here in the Summit City.

Get ready for some alphabet-themed fun as Fort Wayne prepares to go SCRABBLE crazy!

Day in your life

Help document a Day in the Life of Allen County by contributing a digital picture Feb. 14 to the Allen County Public Library’s Community Album project. 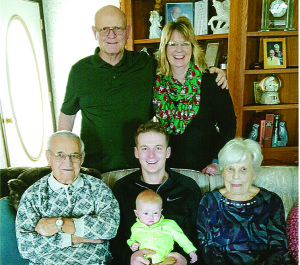 Columnist Nancy Crowe tells the backstory behind the fascinating and oh-so-useful ladybug.

Don’t you love monarch butterflies too? Here are ways to help them thrive.