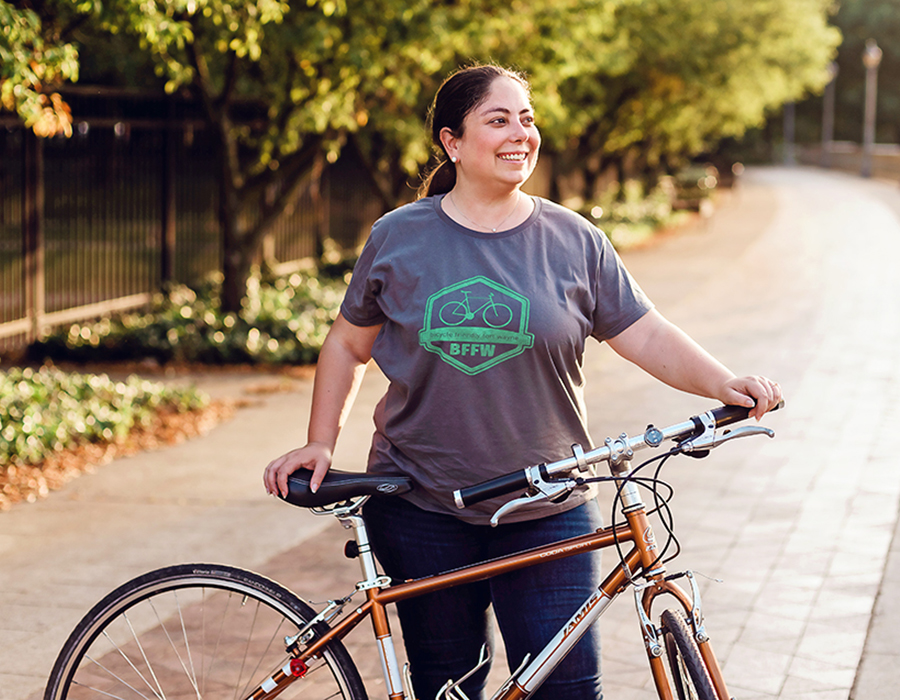 How did you become involved with Bicycle Friendly Fort Wayne (BFFW)?

Bicycle Friendly Fort Wayne is a volunteer organization. In 2015, the group was looking for someone with new ideas who wanted to make an impact when it came to advocating for a bike friendly community.

Do you have a wicker basket or bell on your bike?

I don’t have a basket, but I do have a bell.

Do you consider yourself a bicyclist or a cyclist?

I am probably more of a bicyclist. I enjoy riding on the Greenway and I sometimes commute to work. (Kelsey works at Lincoln Financial Group.) I ride bikes for fun. My favorite bike is a touring bike.

How did BFFW get its start in Fort Wayne?

It started eight years ago when the city applied to the League of American Bicyclists’ bicycle friendly city program. The league evaluates a city’s bike infrastructure, culture and streets and provides suggestions on ways its city can improve its bicycle friendly designation. In 2012, when it evaluated Fort Wayne, the city received an honorable mention. The suggestions to be more bike friendly included creating a citizen-led advocacy group.

How bike friendly is Fort Wayne?

There is always more we can do. But, Mayor Henry is a big bike advocate, so it is great to have his support. Over the past few years, I’ve definitely seen improvements in the city’s relationship with bicyclists.