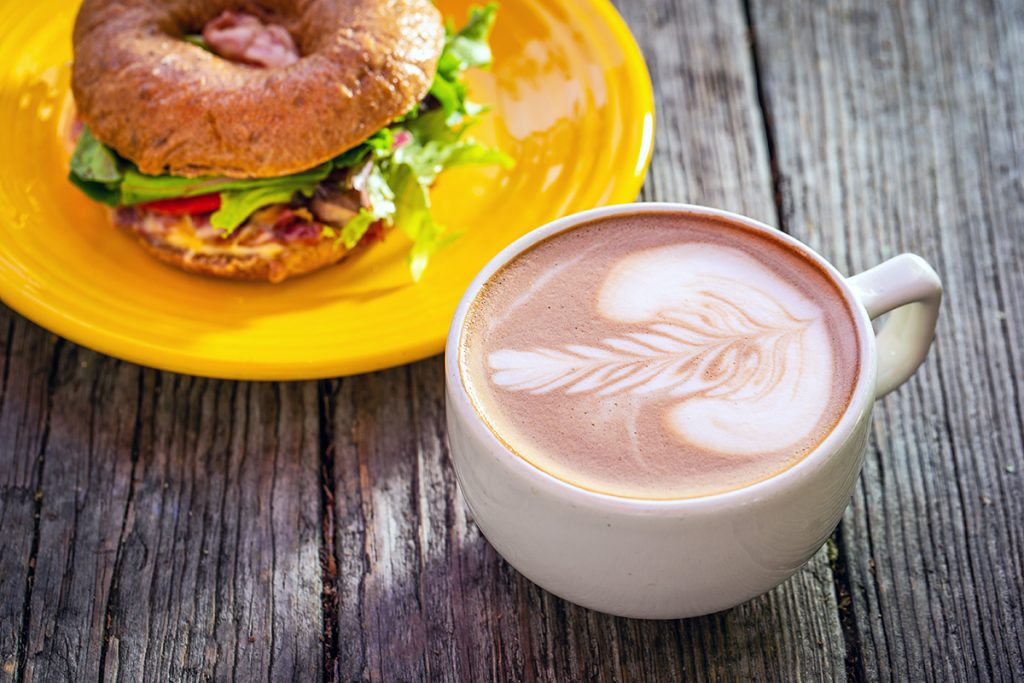 Two of my interests –travel writing and exploring Fort Wayne – converged this past school year through a travel writing course I created at Homestead High School.

In addition to reading and analyzing travel essays, students completed a Locaventuring project – the students had to plan trips to visit places first-hand and to write about their experiences.

For the 134 students enrolled in the course, the locaventuring included jaunts to unfamiliar neighborhoods, historic parks, corner coffee shops, ethnic restaurants and Fort Wayne’s downtown. Here is a sampling of what the student’s discovered during their local adventures.

Kitchen Keeper: Fort Wayne has come a long way from its humble roots, yet, there is still evidence of its rich past. It has evolved from a small midwest town to a growing city with communities of different cultures and ethnicities.

Ryu’s Kitchen resides on the city’s northeast side. It is located between the Bellair and Beacon Heights neighborhoods. It is quaint and quiet. A man poked his head out of the back kitchen and waved to us to seat ourselves. The entire place was a three-man show consisting of the front-of-house waiter and two people in the kitchen. We wanted to try something new, so we opted for a honey plum tea which arrived in hipster mason jars that aligned with the style of the restaurant. We skimmed the menu while sipping our drinks and went for the chicken dumplings and flat shrimp dim sum for our appetizer and bibimbap and a spicy beef and tripe soup for our entrées.

The waiter brought out our two appetizers and we gushed over the presentation of the food. Everything was so well presented and we went to town, after I snapped a few photos. The chicken dumplings were some of the best I’d ever tasted, nice and crispy on the outside with a rich and soupy broth on the inside. Then we turned to the flat shrimp dim sum and immediately I had flashbacks to my time in New York at my favorite dim sum place in the Lower East Side.

Ryu’s Kitchen offers a personal touch as the woman behind it, Joohyun Ryu Riddle, puts her spin on traditional Korean food. She was born and raised in South Korea. She missed the cuisine and culture of her home country, so she opened the restaurant to share her love for Korean cuisine. After devouring our meal, our bill with tip came to $45 for two. A bit of a splurge, but well worth the experience.

Friendly Food: In 2009, a couple named Niko and Ana Hatzigeorgiou opened Friends inspired by their Greek culture. Their original restaurant was so successful, it prompted the opening of a second, Friends Too, in 2009. Unfortunately, Ana was diagnosed with cancer and could no longer work. This led to the closing of the first location. Ana passed away in May 2017 due to complications from cancer, and Niko was left to run the restaurant until he passed away this past January. However, their children, Marianthi and George, plan to keep the restaurant.

When you walk into Friends Too, you step into a brightly colored room, the booths are upholstered with trendy patterns. Our server, like the rest of the staff, really knew what she was talking about when it came to the food.

A non-traditional spin on ethnic food, Friends Too offers everything from buttery pancakes in the morning to spiced gyros and hearty lamb skewers for dinner. I opted for lamb souvlaki, a dish known for skewers of lamb marinated with lemon juice and topped with fresh spices. I ordered the lamb because I wanted to compare it with the lamb I had eaten at the Ethiopian restaurant Queen of Sheba.

Colorful. Vibrant. Home. These are the words that popped into my head when I stepped into Firefly. The name comes from the Demarees’ love of nature and the environment. A unique aspect of Firefly is its involvement with the arts. Paintings created by local artists adorn the walls. “It’s a way we can decorate the walls and give back to the community,” said Cyndi. Firefly also houses Arts and Crafts, a little boutique that sells handmade items.

All types of people come to Firefly and are all welcomed. “It’s a fun place to kind of watch people,” said Cyndi.

The South Comes North: Lucille’s Barbecue on the city’s north side is a little taste of barbecue heaven. At the heart of the Empire Center Plaza, Lucille’s shares the space with a dental office and hair studio.

As my family pulled into the plaza, I wasn’t sure what we were about to experience. My eyes were quickly drawn to the huge, illuminated pig, but I was tentative to go in until I was hit by the smell of smoked meats and mesquite spices. Prior to visiting Lucille’s, I found out its owner Chris Wilson Sr. worked for Famous Dave’s BBQ, where he mastered his skills and then decided to move his family to Fort Wayne. Wilson, his wife, and their five sons are sure to please with their barbecue.

Between all of our orders, my family had a medley of meats and
side dishes. My sister and I hurried up to the BBQ Bar, where you didn’t have to be over 21 to consume the bar’s delights – seven different types of sauces.

My family walked out of Lucille’s stuffed. We were pleasantly surprised how this strip mall BBQ place delighted our taste buds. We no longer have to wait until heading south to enjoy some flavorful barbecue.

Culturally Rich: Fort Wayne has a plethora of rich cultures. Asian restaurants continue to pop up all over town, but Asakusa has been a Fort Wayne staple for years and has been awarded The Journal Gazette’s Readers’ Choice award for sushi for 10 consecutive years.

Nestled into an unassuming strip mall, Asakusa’s loyal customers and quality food keeps it busy. My parents and I squeezed through the front door into a well-decorated waiting area adorned with its award plaques, origami cranes hanging from the ceiling and cylindrical crimson lanterns illuminating the space. We had to wait 35 minutes for a table.

We started our meal with clear soup and salad. The soup was filled with small bits of tempura batter that gave the otherwise light soup a much-needed richness. We ordered the Asakusa maki, albacore nigiri, an oshinko maki and a salmon skin maki. The albacore was firm and buttery. It melted in the mouth and did not have a fishy after taste. The oshinko roll acted as a palate cleanser. The fluorescent yellow pickled daikon radish in the middle was slightly acidic and satisfyingly sweet. The salmon skin roll is a personal favorite and was filled with crispy salmon skin and cucumber. The crispy, salty salmon skin was balanced out with the fresh crunch of the cucumber and the sweet teriyaki-esque sauce that adorned the top of the roll.

Next we had the pan-fried udon noodles with tofu. Udon noodles are a traditional Japanese dish. It is believed that these noodles were brought to Japan by a Chinese envoy during the Nara period (710-794). Initially, these noodles were made up of a mixture of wheat flour and rice flour and twisted into ropes. Over time the noodles evolved into udon. Udon is traditionally served in soup, but Asakusa’s dish was pan-fried udon with fried tofu, carrots, cabbage and a savory sauce. The thick udon noodles were perfectly cooked and had a chewy texture that really hit the spot. The tofu was thinly sliced and pan-fried until golden brown. The carrots and cabbage were sauteed but still had bite. It was all coated in an umami sauce. The dish’s intense savoriness caused the plate to be cleaned within minutes.

The final dish was teriyaki chicken. Many think of teriyaki as a sauce, but in fact, it is a style of cooking. The teriyaki cooking method is the act of cooking over charcoal and basting it with tare, a mixture of shoyu (also known as soy sauce), a sweet rice liquor called mirin and a small amount sugar. The teriyaki used in the US is different from traditional teriyaki. It has more sugar, thickeners such as corn starch,and other ingredients like garlic or ginger. It is also more commonly made with chicken, whereas in Japan it is usually made with fish. The teriyaki served at Asakusa is more traditional. All of the food we ordered was delicious.